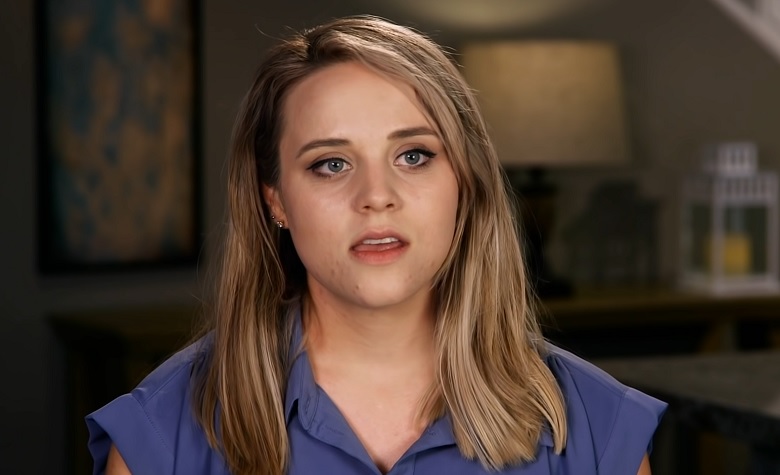 Counting On star Jill Duggar Dillard and her cousin Amy Duggar King recently made headlines for rebelling against the Duggar family together. They did something simple and went thrift-shopping together. They are allegedly on poor terms with Jim Bob Duggar and Michelle Duggar. Apparently, Jill and Amy have distanced themselves from the Duggar family. Since then, Jill and Amy have been very close with each other. However, some of the Duggars aren’t happy with their decisions. One of which is Jinger Vuolo, who was reportedly disappointed with her sister Jill and called her cousin Amy immature.

Counting On: Jinger Says Her Cousin Amy Is Immature

According to reports, Counting On star Jinger said that her cousin Amy is immature and should focus on her own life. However, reports also claim that Jinger and her husband Jeremy Vuolo have no time for negativity and wouldn’t call out Amy to cause drama. However, Amy seems to shade at Jinger’s advice to her fans that they should just “pray away” anxiety and fear. In a social media post, Amy said, “People want to follow Real people! Not stock photos where you act like your life is perfect!” However, it appears that Jinger and Jeremy don’t want to cause more problems in their family. Apparently, Jinger has been making headlines after looking tired and exhausted in her recent photos. There are also reports stating that the two are looking for a nanny to spend more time with each other.

Counting On star Jinger is reportedly disappointed with her sister Jill. Reports claim that Jinger is upset with Jill after she distanced herself from the family. Reports also said that Jinger is disappointed by the tell-all book that Jill’s husband Derick Dillard is working on. However, Jinger is not surprised that Jill supported her husband’s book. Apparently, the tell-all book of Derick will talk about his marriage with Jill. It’s also believed that Derick will include shocking revelations inside the Duggar family, which would be the biggest threat to Jim Bob Duggar’s media empire. Aside from that, reports claim that Jinger hasn’t cut off her relationship with Jill and Amy. However, they’re no longer close and it seems that it will stay that way for a while.

Counting On star Jill Duggar recently went shopping at a thrift store with her cousin Amy King. Amy shared several clips of them looking at clothing racks. She also revealed Jill’s full shopping cart, showing how much she enjoyed shopping after a long quarantine. However, Jill made a questionable decision of bringing her son, Sam, amid the raging Covid-19. Jill and Amy are known for disobeying the Duggar family rules. The two have publicly gone against the family’s strict dress codes. Aside from that, Jill and her husband Derick were previously seen drinking alcohol on a double date with Amy and her husband Dillon.

‘Sister Wives’: Kody & Robyn Spotted Dating Without The Other Wives
‘Counting On’: Jessa Duggar Slammed For Chaotic Living Room
‘Counting On’: Will Jill Duggar Ever Return To Social Media?
‘Counting On’: Some Younger Duggars Are About To Enter Courtships?
Prince Andrew Twitter Account Deleted After Losing Royal And Military Titles