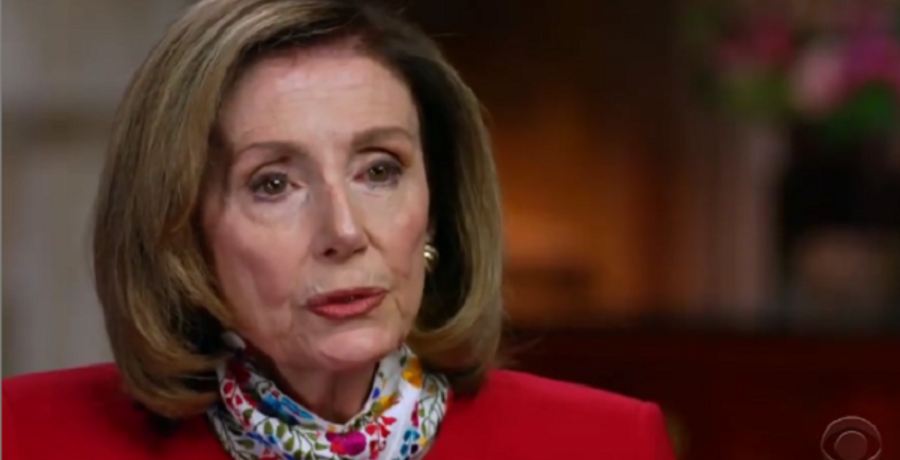 It seems that House Speaker Nancy Pelosi was not happy to impeach President Donald Trump for a second time. She revealed that she was “heartbroken” over the country and it showed in her face and attire. On Wednesday, January 13, Pelosi signed Trump’s second articles of impeachment. She spoke out before the U.S. House of Representatives voted to impeach Trump for a second time. He was impeached for inciting insurrection at the Capitol last week, which left five people dead.

Speaker of the House grieves over the broken country

On Wednesday, the Democrat shared her thoughts on the impeachment process.

“Today, in a bipartisan way, the House demonstrated that no one is above the law, not even the president of the United States,” Nancy Pelosi said, per ET Online.

She added that Trump “is a clear and present danger to our country and that once again, we honored our oath of office to protect and defend the Constitution of the United States, so help us, God.”

Following her speech, Pelosi signed the articles of impeachment. She added that she was doing so “with a heartbroken over what this means to our country.” Trump released a video saying he “unequivocally condemns” last week’s deadly riots at the Capitol. Still, the House voted to impeach Trump a second time on Wednesday.

He makes history as the only president to be impeached twice. The final vote was 232 to 197, with 10 Republicans voting in favor of impeachment. The single article of impeachment charged Trump with “incitement of insurrection.”

“We know that the president of the United States incited this insurrection, this armed rebellion, against our common country,” Pelosi said before the vote. “He must go. He is a clear and present danger to the nation that we all live.”

Trump was previously impeached in December 2019 for pressuring Ukraine to investigate the Biden family. His second impeachment comes just a week before President-elect Joe Biden will be sworn into office. Previously, only two other presidents – Andrew Johnson and Bill Clinton – were impeached since the founding of the Republic.

Online viewers noted that Nancy Pelosi wore the same outfit to the Capitol on Wednesday as she did during Trump’s first impeachment vote on December 18, 2019. Some of them loved her “little black impeachment dress” and said it was fitting for the occasion. Twitter exploded with comments about Pelosi’s knee-length dress, which also featured a three-quarter sleeve.

But amid the COVID-19 pandemic, Pelosi accessorized it with a floral face mask to complete the look. But she also wore the same gold necklace that she did in 2019. This time, around, she wore her gold pin which is in the shape of the Mace of the United States House of Representative’s pin. The pin symbolizes the strength and unity of the country.

Not Nancy wearing the same outfit for both impeachments 😭😭 pic.twitter.com/6X6WxCSL24

NEW IMPEACHMENT, SAME OUTFIT: @SpeakerPelosi walks to impeachment proceedings on the House floor wearing what looks like the same outfit she wore to the proceedings the first time President Donald Trump was impeached.

Some people called it her “funeral dress” and “iconic” look, while others thought it was her “#GoodLuckDress.” It’s safe to say that Pelosi’s dress will go down in history as well.

What do you think about Nancy Pelosi’s choice of attire for the impeachment proceedings? Let us know in the comment section below. Make sure to come back to Entertainment Chronicle for more political news.