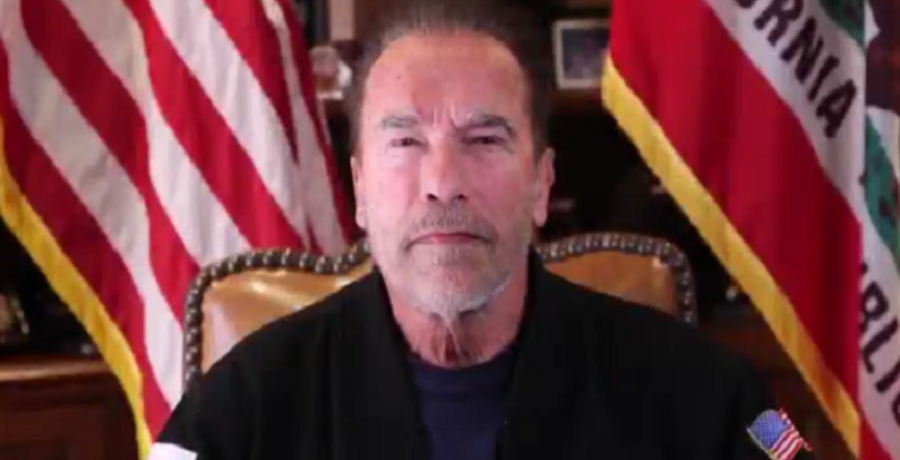 Arnold Schwarzenegger spoke out about the U.S. Capitol riots. He equated the event with the Nazi takeover of Germany. In his message, he called President Donald Trump a “failed leader.” The former California governor reflected on growing up in Austria during World War II.

He even used his Conan Sword to slam Trump. The U.S. Capitol riots took place in Washington, D.C. earlier week. It left five people dead and over 50 injured. In the eight-minute clip, the actor turned politician addressed the 1938 Nazi attack against Jewish businesses, homes, and synagogues that was the prelude to the Holocaust.

On Sunday, January 10, Arnold Schwarzenegger posted a new video message on Twitter. He claims that President Trump “sought a coup by misleading people with lies.” The Austrian-born celebrity said that Kristallnacht was conducted “by the Nazi equivalent of the Proud Boys,” one of the right-wing extremist groups that supports Trump’s false claims about the election.

On Wednesday, January 6, thousands of rioters stormed the Capitol Building. They temporarily halted the Congress’s certification of President-elect Joe Biden’s Electoral College victory. Congress later reconvened after the Mayor of D.C. enforced a curfew and certified Biden’s win later into the night. Schwarzenegger continued to condemn Trump and the deadly attacks.

My message to my fellow Americans and friends around the world following this week's attack on the Capitol. pic.twitter.com/blOy35LWJ5

Schwarzenegger recalled a “painful memory” growing up following the aftermath of World War II. He did not hold back on his feelings about the outgoing president. The Terminator star held up a Conan sword and compared it to the strength of American democracy.

Arnold Schwarzenegger asks for healing during this time

The Celebrity Apprentice alum has feuded with Trump ever since he took over the show. In his message, Arnold Schwarzenegger blamed Trump for inciting racism and anti-Semitism. He also blamed the president’s attempts to overturn the election by encouraging his followers.

“President Trump is a failed leader. He will go down in history as the worst president ever,” Schwarzenegger continued. “The good thing is soon he’ll be as irrelevant as an old tweet.”

The staunch Republican also criticized GOP members who still backed Trump, even after his attempts at insurrection.

“We need to hold accountable the people that brought us to this unforgivable point,” Schwarzenegger added. “And we need to look our past ourselves, our parties and disagreements, and put our democracy at first. And we need to heal, together, from the drama that just happened. We need to heal, not just as Republicans and Democrats, but as Americans.”

What are your thoughts on what Schwarzenegger said about Trump? Do you agree? Sound off below in the comments.

Kate Middleton Could Take Over Royal Duty Stripped From Prince Andrew
‘Sister Wives’: Kody Brown Caught Off Guard By Christine?
‘Counting On’: Some Younger Duggars Are About To Enter Courtships?
‘Counting On’: Jinger Duggar Visited By Her Siblings In Los Angeles
’90 Day Fiance’: Jovi & Yara Shares Adorable Updates With Mylah