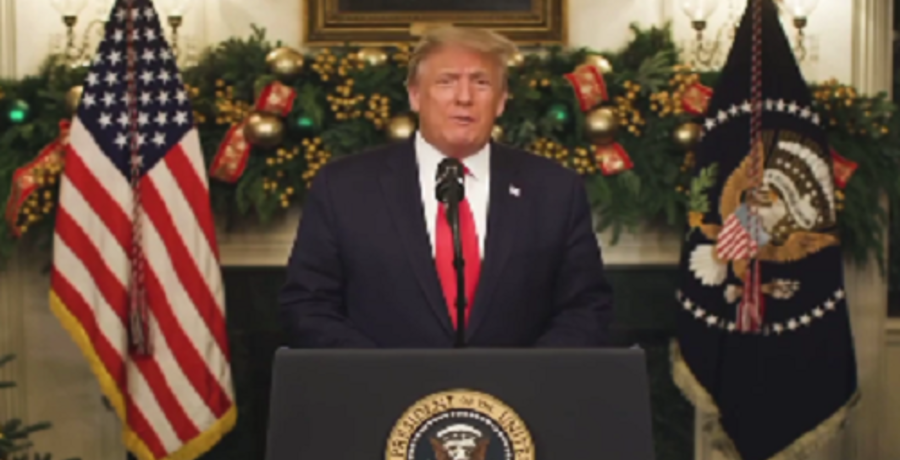 Twitter permanently banned President Donald Trump. The social media giant made the announcement on Friday, January 8. This comes amid the calls from politicians and users to suspend Trump’s Twitter account.

On Friday evening, the company released a statement. Previously, the social media company suspended Trump from the mobile app on Wednesday, January 6, following the U.S. Capitol riots. Thousands of Trump’s supporters stormed the Capitol. At the time, the platform said the violent protests violated their policies.

However, the social media company only enacted a 12-hour ban at the time. Trump was back on the social media platform after the temporary suspension. Now, Twitter has changed its tune and revealed some new information.

“After close review of recent Tweets from the @realDonaldTrump account and the context around them we have permanently suspended the account due to the risks of further incitement of violence,” Twitter announced on Friday evening, per CNN. “In the context of horrific events this week, we made it clear on Wednesday that additional violations of the Twitter Rules would potentially result in this very course of action.”

The story is ongoing but it appears to be for good. On Wednesday, Twitter temporarily suspended Trump after he posted a one-minute video. He urged his supporters to go home. But he also reiterated unfounded claims about voter fraud. Then, he followed up with a second video on Thursday and repeated claims about his “landslide victory.”

After close review of recent Tweets from the @realDonaldTrump account and the context around them we have permanently suspended the account due to the risk of further incitement of violence.https://t.co/CBpE1I6j8Y

Twitter is just the latest social media app to make this move. Facebook CEO Mark Zuckerberg announced on Thursday that its suspension will remain until President-elect Joe Biden’s inauguration on Wednesday, January 20.

“His decision to use his platform to condone rather than condemn the actions of his supporters at the Capitol building has rightly disturbed people in the US and around the world,” Zuckerberg wrote in a post on Facebook. “We believe the risks of allowing the President to continue to use our service during this period are simply too great.”

Also, Snapchat suspended Trump’s account “indefinitely.” Shopify removed Trump’s official merchandise from its platform. However, some feel that these actions have come too late. It won’t be long until Trump will have to leave the Oval Office.

Furthermore, he still hasn’t conceded the 2020 election. And he refuses to resign following the U.S. Capitol riots. House Democrats are moving forward with their efforts to impeach Trump as early as next week. That gives Trump plenty of time to make his next move.

What are your thoughts on Twitter suspending Trump? Sound off below in the comments.