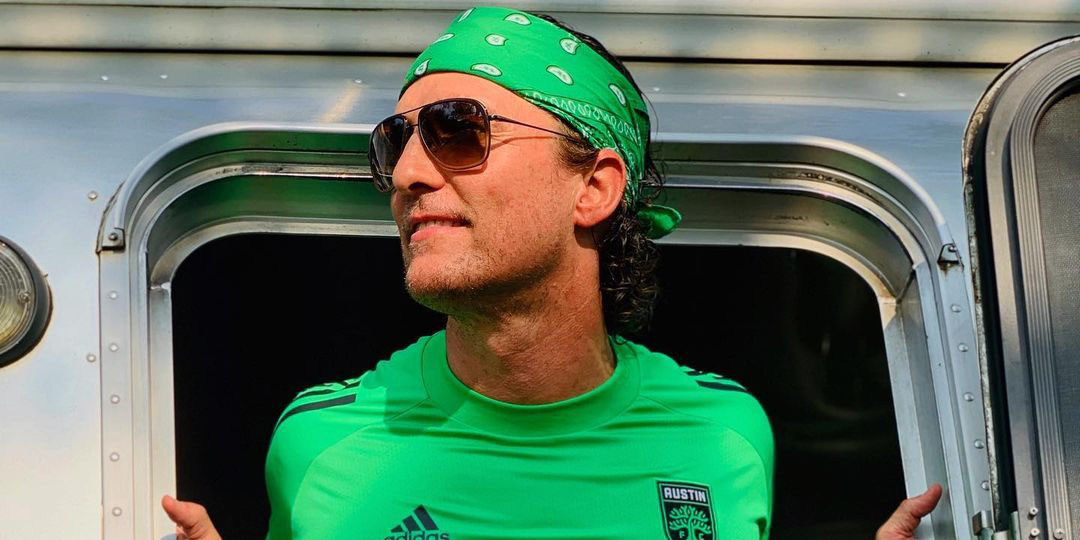 Fans often wonder if actor Matthew McConaughey will join the likes of Arnold Schwarzenegger as another actor involved in politics. McConaughey addresses rumors running for Texas Governor according to Entertainment Tonight.

On a recent episode of Late Show, Matthew McConaughey addresses rumors about his political ambitions with host Stephen Colbert. Due to the ongoing coronavirus pandemic, McConaughey joins Colbert via video chat. Consequently, the reason for McConaughey’s appearance on the talk show is to promote his memoir, Greenlights.

Seemingly, Matthew McConaughey shoots down ideas of political ambitions. However, it also seems that his responses are politically correct. Often times, it feels that McConaughey’s answers to questions about a future in politics seem to leave some room for interpretation.

McConaughey hypothesizes that since he gets questions about running for governor in Texas a lot, he may not have given the most direct answer. “And I’ve always kind of given the same answer, but evidently one of them came out as, ‘I would consider it,’ since I didn’t say, ‘Absolutely no.'”

When asked about running in a gubernatorial race, McConaughey seems to present a vague answer. “I have no plans to do that right now… right now, no.” It’s not without good reason, though. He goes on to explain that he doesn’t “get politics.” Furthermore, he feels “politics seems to be a broken business.”

McConaughey’s alternatives to running for political office include other leadership roles.

That’s not to say that Matthew McConaughey doesn’t assist with political based endeavors. Entertainment Tonight notes a recent table read of a reunited Dazed and Confused cast. The virtual table read was organized as a fundraiser to “benefit initiatives aimed at increasing voter turnout in Texas.” Consequently, these initiatives include the March for Science organization and Voto Latino.

It seems that McConaughey feels that his talents would be better suited elsewhere. Notably, he wants to give back to the community. Additionally, he isn’t opposed to taking on leadership roles. “As I move forward in life, am I going to consider leadership roles where I can be most useful? I’d love to! I’m doing that regardless,” shares McConaughey.

More on his memoir, Greenlights

Furthermore, McConaughey shares his writing process. He explains that he would steep his tea and plug in his laptop before falling asleep. When he wakes, he reviews the previous five pages and begins writing again. Esquire calls him out on one of many bizarre phrases throughout the book. “I’d been going to bed with an itchy butt waking up with a stinky finger for long enough.” Seemingly, Matthew McConaughey laughs it off. He says, “A lot of those are things I’ve heard along the way.”

It seems that Matthew McConaughey has his mind made up about politics for now. However, it doesn’t seem that he’s fully closed the door on it. He also seems keen to take on other leadership roles within the community. Stay tuned to Entertainment Chronicle for more news about actors (and politics).