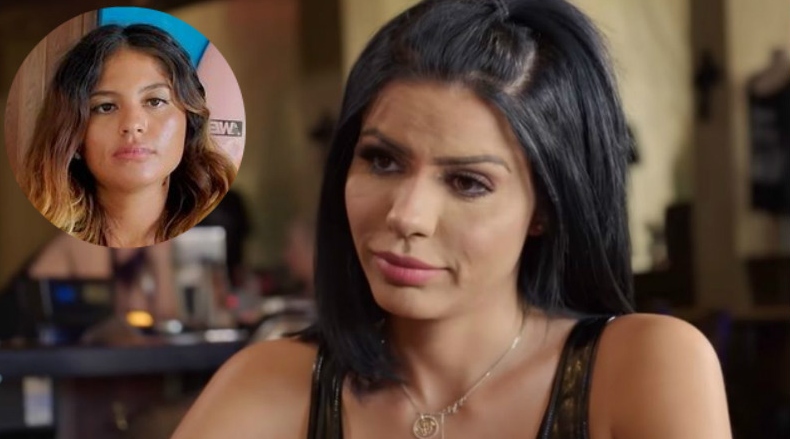 90 Day Fiance stars Larissa Dos Santos Lima and Evelin Villegas continue with their on-again-off-again online feud, catching the eye of fans. Up until recently, the two have been peaceful for some time now.

But leave it to Larissa to reignite the flame, which leads to another heated exchange. The two started right back up by spitting hatred at each other. Now it looks as if these two 90 Day Fiance divas refuse to back down.

90 Day Fiance: Larissa Lima Reveals Why Evelin Hates Her So Much

In a social media post, 90 Day Fiance star Larissa Dos Santos Lima was asked why Evelin Villegas hates her. According to Larissa, it sounds like jealousy surfaced over the 90 Day Fiance show.

Larissa claims it started over their salaries. She claims that Evelin only makes $500 per season, It sounds as if Larissa thinks Evelin is jealous bedause Larissa makes ore than her. 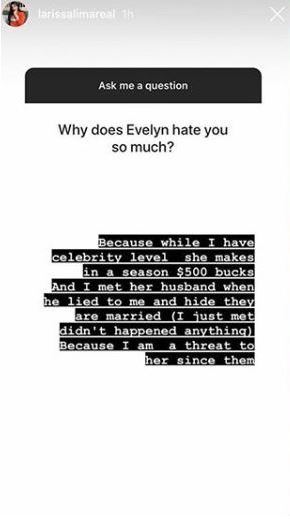 Larissa also said that Evelin thinks that she’s a threat to her relationship with Corey Rathgeber. It’s no secret that Larissa once uploaded a photo of her alongside Corey. This causes a lot of issues although Larissa claimed that they just met and nothing happened at all.

The Story Behind The Feud

During their 90 Day Fiance days, Corey Rathgeber and Evelin Villegas went through a rocky relationship. During that time, Corey decided to go on a date with Larissa Lima. According to Corey, he purposely meets up with Larissa to get back with Evelin.

While it’s not the nicest thing to do, it seemed to work. He got Evelin’s attention back his way. But at the same time she became furious with Larissa, sparking this long-time feud.

Since then, the two have been calling out each other on social media. Things got worse when Larissa revealed several alleged text messages from Corey. One of which is Corey allegedly telling Larissa that she’s beautiful and deserves to be loved. 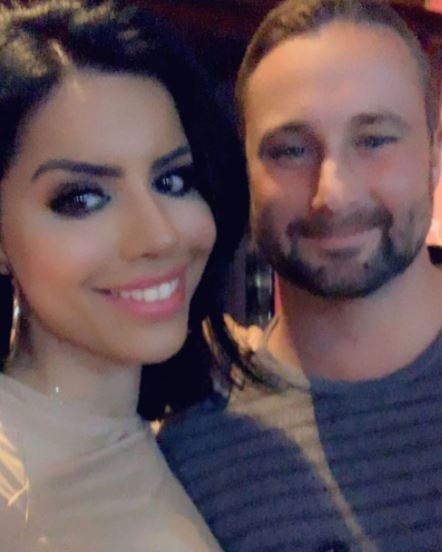 Despite all that, Larissa finally admits that she knows Corey was just using her to get back with Evelin. Corey also revealed that he regrets dating Larissa and told his fans that he wasn’t thinking right during that time. However, it didn’t fix Larissa and Evelin’s relationship.

In a social media post, 90 Day Fiance star Evelin Villegas corrected Larissa Lima’s claims regarding her salary on the reality show. According to Evelin, she makes $500 per episode, not per season. She also flaunts her salary to Larissa by saying “I hope u got paid more than that.” Evelin also told Larissa to stop trying to get attention by using her and creating lies. 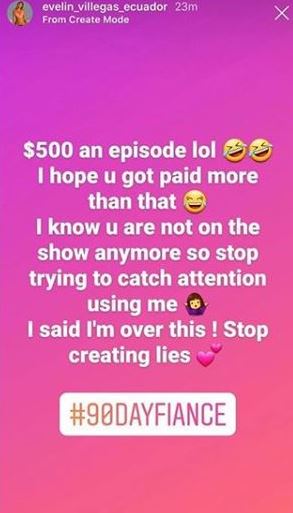 After the heated exchange, Larissa uploaded another photo on social media followed by a long message for her haters. She told them to unfollow her and stop with the bashing. Larissa also revealed that her target audience now is adults.

According to her, she’s going to focus more on her adult-based social media site. It seems that Larissa wants to remove all the negativities in her life. Could this mean that she’s finally raising the white flag towards Evelin?