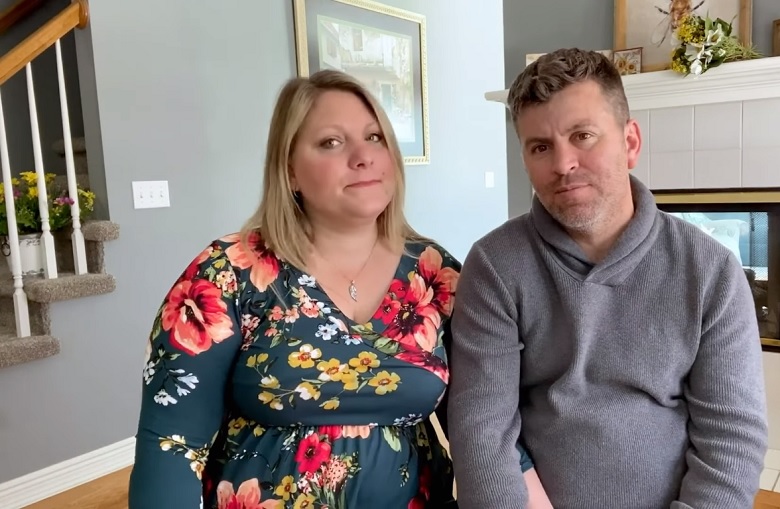 90 Day Fiance stars Anna Campisi and Mursel Mistanoglu have one thing in common and that is their love for beekeeping. The married couple first met in a beekeeping enthusiast’s group online. Now, Anna and Mursel are taking their passion to the next level by starting their small business online.

90 Day Fiance: Inside Look Of Anna And Mursel’s Beauty And The Bees Honey Shop

In an Instagram post, 90 Day Fiance stars Anna Campisi and Mursel Mistanoglu shared the grand opening of their shop called Beauty and The Bees Honey. Anna’s two sons, Leo and Gino can be seen in the picture. Noticeably missing though was her eldest son Joey. Anna said her son is busy working and also a part of a marching band.

Anna also shared what’s inside their newly opened shop. In her post, Anna revealed layers of pure honey and several beauty products made from it as well. T-shirts inspired by their store trademark can also be seen inside the shop.

90 Day Fiance stars Anna Campisi and Mursel Mistanoglu didn’t have a good start to their relationship. It’s no secret that Mursel’s parents were against their marriage. It’s because of the fact that Anna was a divorcee with three sons. However, the couple defied through all odds and just recently, they celebrated their one-year anniversary.

Anna and Mursel love sharing their activities online. The married couple spends most of their time on beekeeping. There are also times where Anna and Mursel visit local parks together with the kids.

90 Day Fiance star Mursel Mistanoglu had a hard time trying to be a step-father to Anna Campisi’s three sons during the early stages of their marriage. However, Anna said that the pandemic lockdown helped Mursel to get along with her kids. Mursel spends most of his time playing with the boys, which many find adorable.

Mursel tries his best to be a good father figure to Joey, Leo, and Gino. Anna even shared a photo of Mursel putting efforts to her son as he recently built a large wooden stand for Leo’s Nintendo Switch.

Today is our one year anniversary! We’ve done so much together in this first year! I cant wait to see what this next year and forever brings! @murselmistanoglu007 I love you so much and I’m so lucky to have you in my life! #90dayfiance #murselandanna #annaandmursel #powercouple#luckylady

With Anna and Mursel’s success in their business, could this be the time for the couple to plan a baby of their own? It’s known that Anna previously said that she can no longer have a baby and plans for surrogacy.