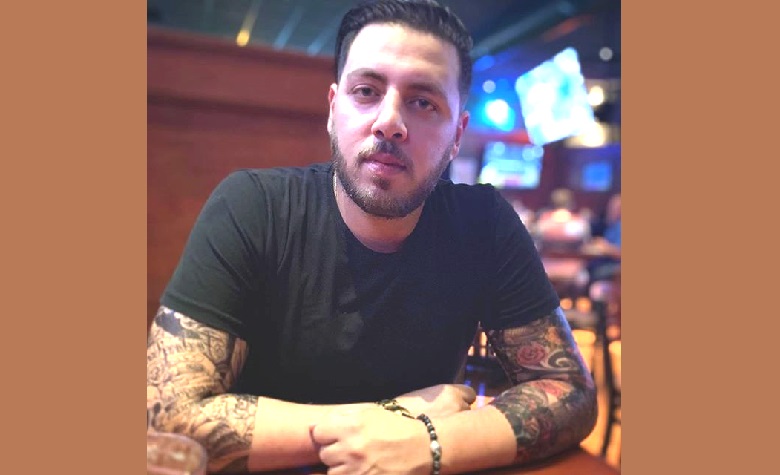 ’90 Day Fiance’ star Zied Hakimi appears like a kid in a candy shop these days after getting a thumbs up from his parents on his new hobby. Zied posted a new photo on Instagram showing off that new hobby.

But fans once again speculated that the new tattoos were fake. More than likely they are correct, as this young man has great respect for his parent’s wishes.

The 90 Day Fiance celeb is known for his hobby of putting fake tattoos all over his body. He previously covered his arm with a huge tattoo, which he then confirmed as fake.

Zied is seemingly fond of fake tattoos. He even tried to troll the fans that he has a real tattoo on his previous posts. Also, Zied has the full support of his wife, Rebecca Parrot. The two seem to have a strong connection, especially with the things that they love doing.

In the Instagram post above, ’90 Day Fiance’ star Zied Hakimi can be seen flexing his new tattoo. A fan pointed out that Zied’s parents don’t like tattoos.

He then replied to the fan that he’s only wearing a fake one, which his parents agreed on. So, it looks like Zied found a way to explore his love of tattoos while still appeasing mom and dad.

It’s no secret that Zied has a close relationship with his family. That being said, he always tries to abide by what his parents want. So when fans saw him seemingly rebelling on them, they were surprised. However, Zied maintained that the tattoos were not real and that there’s nothing to worry about.

Zied’s Latest Hobby Frowned Upon in His Province?

’90 Day Fiance’ star Zied Hakimi was once settled in Tunisia. It’s known that having tattoos in Tunisia are considered as rebellious and disrespectful. However, that’s most likely to change as the modern era has been making changes in the province.

People in Tunisia are starting to accept tattoos as a form of art. But there are still some who disagree with putting ink into the body. This justifies the idea of Zied putting fake tattoos on because he still holds their old tradition in his heart.

Zied Hakimi and Rebecca Parrot are one of those couples in ’90 Day Fiance’ that got married and are still staying strong . However, it isn’t always a happy story for the couple. They had some hiccups along the way but nothing too major from what fans have seen.

At one point on the show, Rebecca was even worried about financially supporting the two of them after their marriage. It’s because it will take Zied a while to get his working permit in the U.S. Despite all the challenges and cultural differences of the married couple, Zied and Rebecca seem to be having no problems at all recently.

Could the couple defy all odds and live a long and lasting marriage?