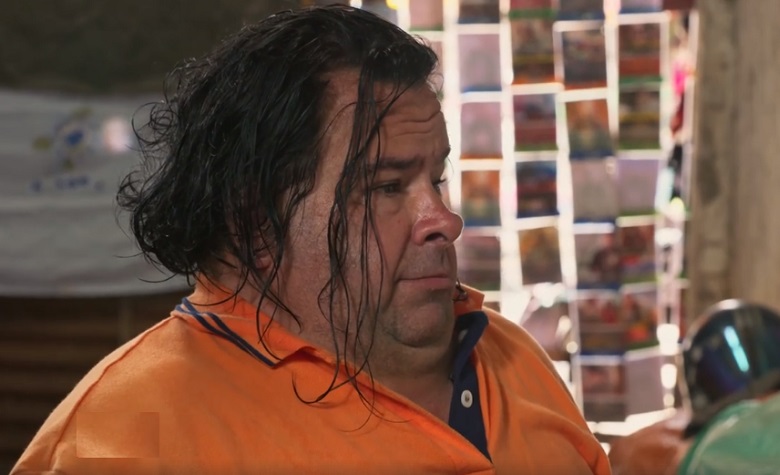 Big Ed is one of the breakout stars of this season’s 90 Day Fiance: Before the 90 Days but he does creep out fans and even one the veterans of that show. It seems one veteran star feels Big Ed is a nice guy but he sometimes manages to creep him out.

90 Day Fiance: Before the 90 Days: Creepy Things from Big Ed

David Toborowsky, who’s one of the stars manning 90 Day Fiance: Pillow Talk these days, weighs in on Ed. It seems David likes Ed and he said that he’s a nice guy. But the TLC reality show cast member also thinks Ed misses the mark with dating rituals.

It seems David couldn’t help it, he, much like the fans, find Big Ed behaving oddly at times. Ed sometimes says things and even does things that seem rather creepy on the show. One eyebrow-raising scene suddenly stunned David and the fans during a recent episode.

#90DayFiance
big ed: can you shave your legs?
rose: can you look over your shoulder? pic.twitter.com/W0iSwJ1HTM

It seems David and many in the audience, got a bit creeped out around the scene when Big Ed wanted Rose to shave her legs. But the 90 Day Fiance: Pillow Talk commentator believes Ed is just rusty when it comes to the dating scene.

The Legs Have It

Fans lost it when the 54-year-old American asked this 23-year-old girlfriend to shave her legs. But at least one person stood up for Big Ed. It seems Ed called his daughter after he was hit the backlash following that episode.

She told her father that women shave their legs where she lives. His daughter Tiffany, who by the way is older than Rose, sounded as if she sided with her dad from what Big Ed said. The American father said that his daughter told him:

‘Dad, look, that’s completely normal. I live in San Diego. Everybody goes to the beach, people laser their legs.’ … So it wasn’t something that I was really used to.”

Well, after Sunday night’s show, Rose’s legs are yesterday’s news. Big Ed taking a shower with his potential future father-in-law has upped the creep factor for the 90 Day Fiance audience.

90 Day Fiance: Before the 90 Days – Clean Never Looked Like This

Sharing dirty water out of a barrel and then getting hosed down by Rose is what this family showering event looked like. To add some color to the scene, chickens pecked underfoot and a rat was in full view.

Between the bucket shower, the rats, and the chickens…Ed's ready for the nearest hotel. Follow the next step of his journey tomorrow at 8/7c on a new #90DayFiance.

This is far from even the most basic bathrooms back home. It didn’t take long for Ed to get a hotel room after his showering event in the Philippines.

While Big Ed continues with his dating antics, it looks like he’s secured his fame as he’s got people talking. He has the same effect on fans as Darcey Silva, who is one of the iconic faces of this TLC franchise.

So will Ed get another go at 90 Days? TLC is unlikely to let this character go. Darcey sparks conversations daily online and now Ed is doing the same thing.