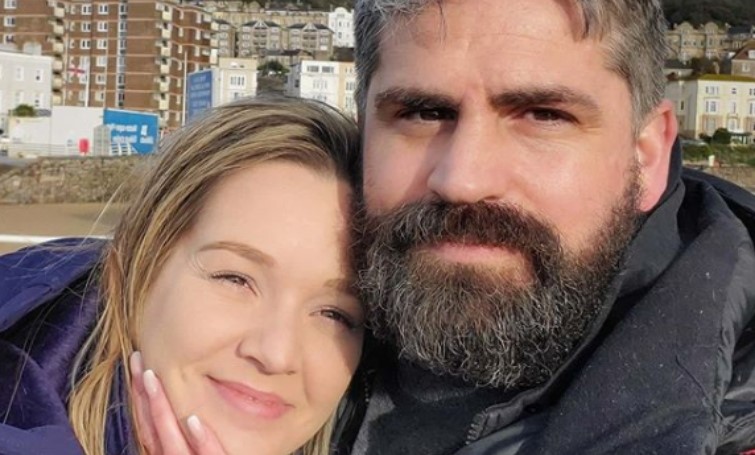 90 Day Fiance star Rachel Bear Walters is concerned her husband Jon Walters spousal visa will be denied. We first met this fan-favorite couple on season 2 of 90 Day Fiance: Before the 90 Days. Although they were only on that one season they amassed a huge following of fans vested in their love story. Now, this couple is enjoying a renewed interest as they are now appearing on a three-episode arc of TLC’s What Now. Here’s what we now know about Rachel and Jon’s K-3 Visa process.

90 Day Fiance alum Rachel Bear Walters and her infant daughter Lucy headed to England to visit Jon this past December. Rachel makes a point to visit her international husband twice a year–usually in May and December. It’s important they get this time together in person as a family and as a couple.

However, this visit might be the last one for a long time. Rachel and Jon have a lot of issues to work through. Most importantly is the status of his K-3 spousal visa. The couple has once again run into a few hurdles. The long-distance couple is already dealing with the uphill battle of Jon’s criminal record. Plus they also have an $11,000 tab to in legal fees to bring Jon to the USA. However, now there’s an even bigger issue raised that could derail the status of his pending application.

90 Day Fiance celeb Rachel Bear Walters fears her employment status will be the nail in the coffin that denies Jon Walters K-3 Visa application. After seven years at the same job, Rachel was unexpectedly fired just days before her pre-planned trip to visit Jon. Certainly, the fact she’s unemployed weighs heavily on her. She’s more a less a single mother raising two daughters. Without an income, it’s going to be hard to keep a roof over their heads and food on the table. So this trip to England might be the last one for some time to come.

We took a family stroll in the woods today. It was beautiful in so many ways 🥰 #beautiful #england #stroll #nature #naturewalk #rachelandjon #lucy

However, the bigger fear Rachel has is Jon’s visa application. The couple raised the $11,000 and submitted the application before Rachel lost her job. Without a means to support Jon, until he is able to work in the USA, it would be an automatic denial of his application. That’s even if they are grated the exception for his prior criminal record. If they are denied, they’ll have to start over again from the beginning. So, they’ll need to raise another $11, 000. It took them years to save the first $11,000, so no doubt Rachel is concerned what this could mean for their future as a couple and family.