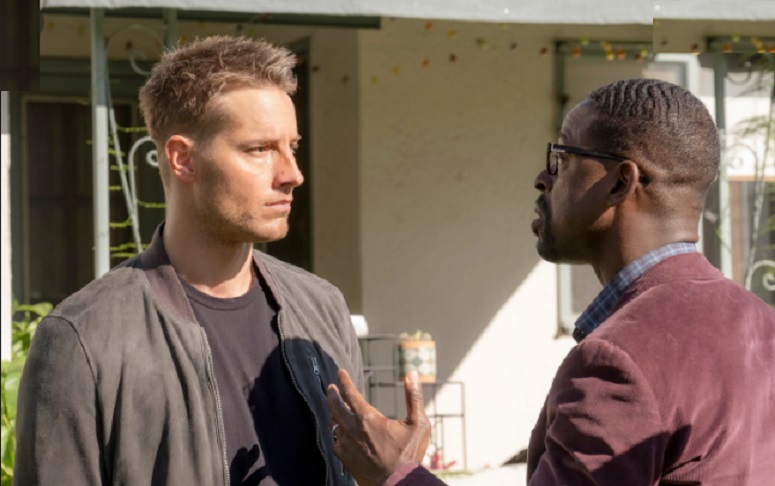 This Is Us finished out the season with a bang, a whimper, a ruckus, and so much more. The complicated episode on Tuesday night brought out all the emotions, including love and hate.

While a proper recap would require far too much writing (and reading), hitting the highlights may entice viewers to stream the first show of the season again after or before the last show of the season. Called “Strangers” and “Strangers: Part Two,” these Season 4 shows connect. In other words, there’s a lot to unpack.

This Is Us Finale Starts With A Pearson Family Gathering

In the present day, the Pearsons convene at Kate and Toby’s house for Jack’s first birthday. Since there is no way to recap this complicated story scene by scene, suffice to say this happy gathering turns into an unhappy reunion for two of the Big Three.

Almost time to get this party started!??? #thisisus

Randall flies across the country with his wife and three girls, carrying a secret with him. Every time the camera focuses on this character, the man who was once seen as a person to look up to suddenly looks sheepish. He even appears smaller in stature.

Randall managed to convince his mother to leave Los Angeles for an Alzheimer’s clinical trial in the midwest for the better part of a year. Even though he agreed with Kate and Kevin to not force the issue, he persevered behind their backs. Initially, they were not on board and neither was Rebecca.

One This Is Us Fight Divides A Family

After Rebecca admitted she changed her mind about going to St. Louis for the clinical trial, Kevin solved the puzzle. He went straight for Randall in a confrontation that results in verballing sparring. The brothers nearly came to blows.

Randall threw the first oral punches. His speech was full of barbs, ultimately spilling his opinion about Kevin’s acting ability — which he puts down in as nastily a way as possible.

Kevin’s comeback was even darker.

“Hand to god, Randall, the worst thing that ever happened to me is the day they brought you home.”

A This Is Us Shocker Tackles Kevin

In the middle of the Randall/Kevin fight, Madison arrives at the birthday party very few seem to be celebrating.

She drops her bomb: Against all odds given her bulimia, she is expecting, and Kevin is the dad.

After taking a break to do more Randall damage, Kevin returns to tell Madison he is all in and will be there to parent his child. She shocks him one more time, telling Kevin she is having twins.

The This Is Us Finale Unpacks So Many Details

Those two situations may be the ones most viewers remember in detail, but the This Is Us finale for Season 4 delivers much more content. Suffice to say new characters show up, old characters seek clarity, one deathbed scene brings relationship resolution, and other scenes create more questions and even some tears.

Where This Is Us goes from here will have to wait until the fall when the hit show returns to tell more of the story.

This Is Us Season 4 aired on NBC on Tuesdays at 9 p.m., ET. The hit show streams on NBC.com.