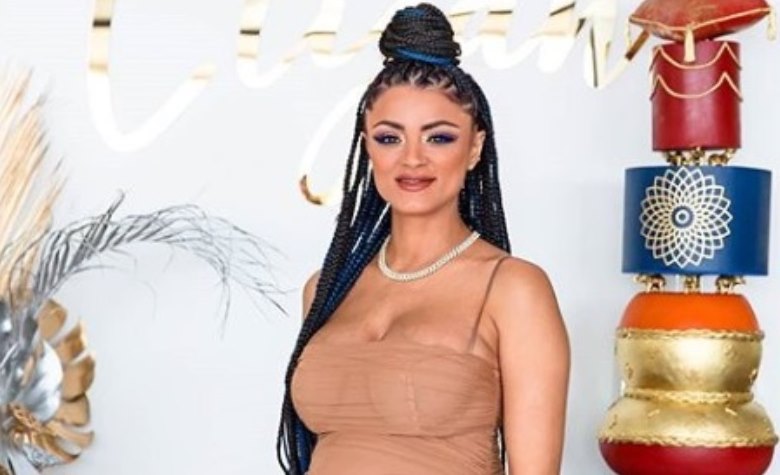 Shahs of Sunset star Golgnesa “GG” Gharachedaghi is seven months pregnant with her first child. This past weekend she had a lavish Morrocan themed baby shower. At this shower, the reality star revealed to her family and friends both the name and the gender of her child.

Of course, once the name was shared everyone in attendance knew exactly what she was having. The elaborate affair was attended by many of her Shahs of Sunset co-stars. However, there were a few surprises. Here’s what we know about GG’s baby shower and who was noticeably absent.

Shahs of Sunset moves to Fridays at 9 pm starting March 6 on Bravo.

Golgnesa “GG” Gharachedaghi is over the moon excited to be a mom. The Shahs of Sunset star has struggled for years to get to this point. She made the decision to do become a parent without being married or in a serious relationship. She’s also suffered a heartbreaking miscarriage along the way. Plus she dealt with extreme pains from her Rheumatoid Arthritis. But now the results of her sacrifices are just weeks away. Soon she will get to hold her new son in her arms.

And so there you have it… HIS name shall be Elijah! My boyyyy, I can't wait to meet you kiddo!❤

The Shahs of Sunset celeb revealed over the weekend that her baby will be named Elijah. So the Bravo star is having a boy and she could not be any happier. In fact, GG picked this name as a teenager. Seems she had a huge crush on actor Elijah wood. And since Elijah is a strong biblical name, it just fits.

Many Shahs of Sunset cast members were in attendance at Golgnesa “GG” Gharachedaghi’s baby shower/ gender reveal party. However, it was very noticeable Mercedes “MJ” Javid was not there. GG and MJ are not in a good place in their friendship. In fact, in pretty much is non-existent. Especially since GG expressed her concerns that MJ was instrumental in stirring up the drama between Reza Farahan and his husband Adam. However, MJ is hopeful that when GG becomes a mom herself they’ll be able to mend their friendship. MJ sees no reason that their sons cannot be friends.

Baby shower shenanigans with my Gang-Gang and baby Elijah on the way. #Shahs

The shower was attended by Shahs co-stars Reza Farahan and his husband Adam along with Mike Shouhed and his girlfriend Paulina, not to mention Lilly Ghalichi and her husband and of course GG’s new bestie Destiney Rose. All were there to support their friend as she prepares to welcome her first son, Elijah later next month.

Shahs of Sunset moves to its new time this Friday at 9 pm on Bravo.

Check Entertainment Chronicle for all the latest reality television news for shows like Shahs of Sunset.