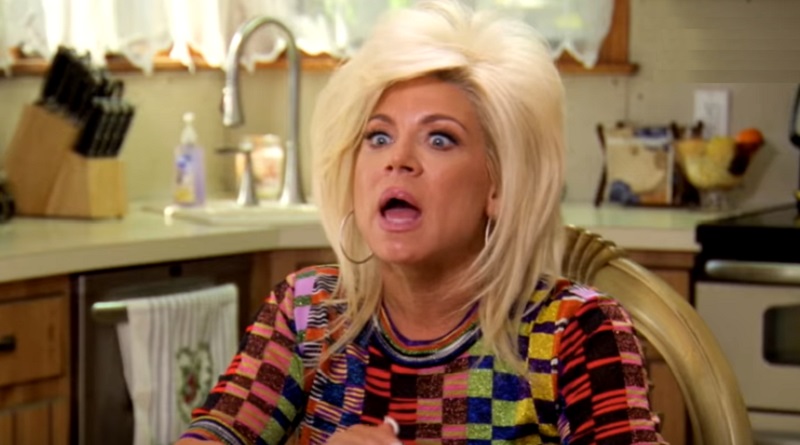 Long Island Medium Theresa Caputo has lived life as a single woman since separating from Larry Caputo back in 2017. This was followed by her filing for divorce in 2018. So Larry hasn’t been her partner in life for a few years now.

Theresa is the star of the Long Island Medium show. She’s pretty much a one-person act as she doesn’t share the spotlight with anyone during one of her individual or group readings. All except for the dead that is.

Sure, her family members are co-stars on her  Long Island Medium TV show. But the spirits are the real co-stars as she reaches out to the dead for the people they’ve left behind.

Theresa fills the arenas to the rafters when she makes her way around the country. And while many want to hear from their deceased loved ones, some have a question for Theresa about her own private life. It seems her past with Larry Caputo is very much front and center on her fans’ minds.

Haunted By Her Years With Larry Caputo

It sounds as if Theresa, the woman who speaks to the dead, is haunted by her past with her husband Larry from time to time. Fans frequently ask questions about Larry’s whereabouts today. But the Long Island Medium seems to be okay with her relationship with Larry today.

After a recent family photo celebrating her daughter’s birthday posted online, the questions flowed in. “Where’s Larry” in the picture? Her followers want to know.

When Theresa announced that her 28-year marriage to Larry Caputo ended, the fans of the show were shocked. They seemed like the perfect couple. No one seemed to see this coming.

Long Island Medium: Theresa and Larry in a Good Place

While the split caused pain and probably some animosity, Theresa recently reported that she’s in a good place with Larry today. Their daughter Victoria is getting married and Theresa recently shared how the two are working closely together to plan the wedding.

Theresa took a different road than Larry after the two went their separate ways. The Long Island Medium decided she’d work on getting to know herself as a single woman. Larry, on the other hand, found someone new fairly quickly.

When pictures emerged a while back of him shopping with a younger blonde woman, fans lambasted Larry. But today Theresa describes their relationship as good and even “fantastic” when asked.

Check Entertainment Chronicles daily for all the news on Reality TV shows like Long Island Medium.