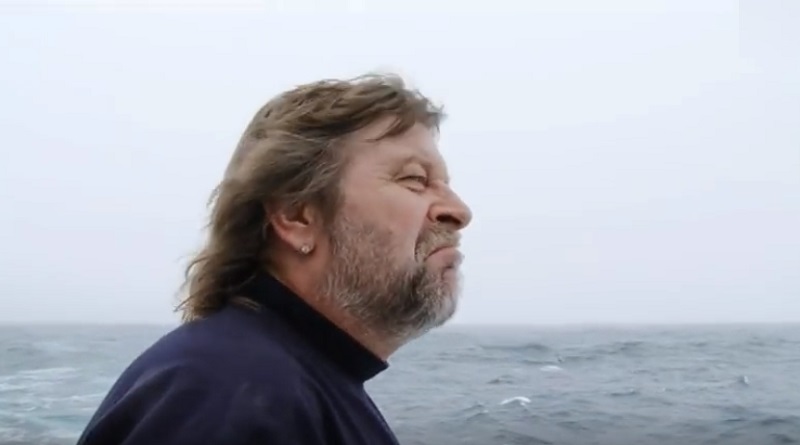 Deadliest Catch fans hold a place in their heart for the late Captain Phil Harris who was a fan favorite for years on the show before he died. Fans were hopeful that both sons Jake Harris and Josh Harris would step up and carry on the Deadliest Catch legacy for their dad.

While one son did, the other struggled and fans of this Deadliest Catch family can only hope that Jake Harris finds his way in the future. Josh Harris is all about family life and bringing in the catch off the Bering Sea.

Jake Harris recently faced being sentenced to 18-months in jail and it looks as if his brother Josh is thinking about him today with a recent post. Josh now sits in the same captain’s chair as his dad Captain Phil once did. It’s just like the Deadliest Catch seasons when Phil was at the helm of the Cornelia Marie. But now Josh takes his place.

Jake is also a star of Deadliest Catch as his father was before him. Reports today suggest that Josh is reminiscing back to the days when things were better. It sounds like the hashtag of his latest post says it all.

He posted a picture of himself and his brother Jake Harris walking the red carpet. The hashtag says, “#oldybutgoody #redcarpet.” It looks like Captain Phil’s two sons are both in a sad position today. Jake sits in jail today. But it looks like his brother Josh wishes Jake made better choices. 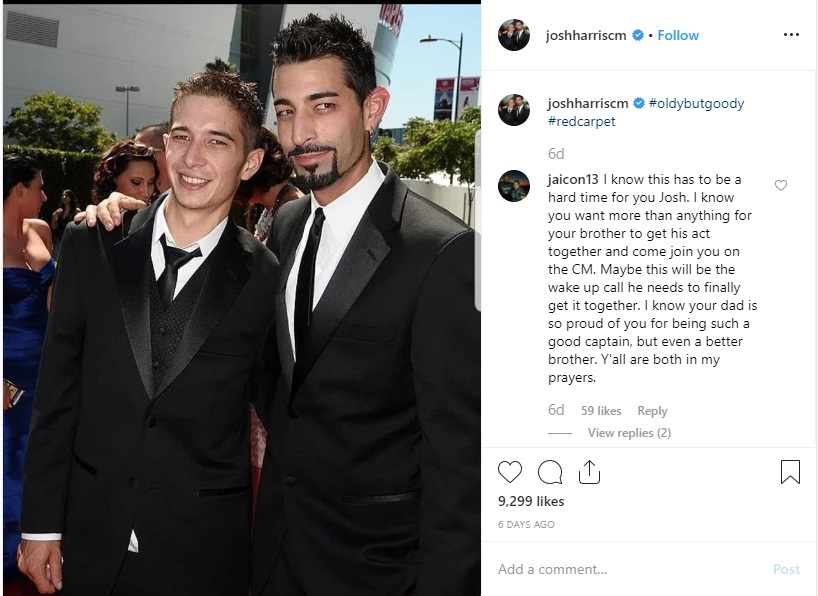 Josh looks as if he may be grieving for his brother’s choices in life as he posts that photo of the two of them together in the good old days. Fans watched as the two brothers grew up on Deadliest Catch.

Captain Phil adored his two sons and having them with him on the Cornelia Marie was the epitome for happiness for the veteran captain. But It looks like Jake, who’s been in jail since his arrest in January, isn’t going anywhere any time soon.

According to reports, the sentencing for his latest offenses indicates he’s going to be behind bars a while longer. This Deadliest Catch celeb now needs to serve 18-months for two felony charges.

The charges are possession with intent to manufacture or deliver a controlled substance, which is heroin. The sentencing also includes a DUI.

Jake was in trouble before the Deadliest Catch captain died. His father urged him to seek help and get a handle back on his life. But after Phil died it seemed Jake spiraled out of control. Besides his run-ins with the law, he was left for dead after someone beat him up.

It seems the death of Captain Phil hit both boys hard but they took different roads to work through it. Josh basically stepped into his father’s shoes. But Jake continued down his dark path. Many hope this time in jail is Jake’s rock bottom and he’ll have a new lease on life once he’s done his sentence.

Deadliest Catch fans jumped on Josh’s post to say they feel his pain today about his brother. They also added how they hoped this would be it for Jake wayward lifestyle. They also hoped that he’d learn to live a clean and sober life.

Check out Entertainment Chronical for TV and reality shows along with soaps.