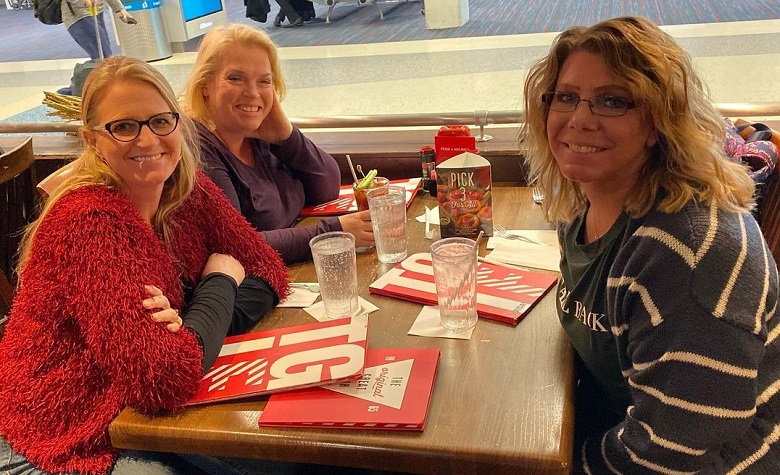 Sister Wives stars Meri Brown and Janelle Brown have been receiving a lot of support from the fans since their split with Kody Brown. Many are glad that they’re no longer suffering from Kody’s mistreatment. However, some fans are still devastated by how things have turned out for the plural family. Meanwhile, there are also curious fans wondering about what Janelle and Meri will get after leaving Kody. Apparently, some recalled that Christine was able to keep her property, and many are hoping that Janelle and Meri were also able to keep something.

Sister Wives: What Did Meri Brown & Janelle Brown Get After Leaving Kody Brown?

Sister Wives fans from Reddit shared their thoughts on what will Meri Brown and Janelle Brown get after leaving Kody Brown. According to some, Christine Brown walked away with a house. Others also pointed out that Meri and Janelle have definitely invested in some of the properties in Flagstaff. “This is what I’m really curious about. No doubt both Janelle and Meri have an investment in Coyote pass as well as Robyn’s mansion,” one person said. At this point, Meri and Janelle have yet to open up about what they actually get after leaving. But fans think it’s highly possible that Kody won’t give anything to them.

What Will Happen To The Coyote Pass Land?

Sister Wives fans are also curious as to what happened in Kody Brown’s Coyote Pass land. Apparently, Kody was supposed to build a massive house where his wives can live together. However, things quickly fell apart in the plural family, which ultimately led to Christine Brown, Janelle Brown, and Meri Brown’s departures. Due to this, fans are speculating what would Kody do to his massive land. According to some, Kody may end up selling the land and proceed on living a monogamous lifestyle with Robyn Brown. But some fans are hoping that Kody will split the money if ever he decides to sell the property.

Sister Wives fans also think Janelle Brown and Meri Brown will be leaving Flagstaff for good after their split with Kody Brown. Meri herself has been staying more often in her B&B in Utah as well even before she called it quits with Kody. She also took to social media recently to announce another upcoming retreat at her B&B. On the other hand, Janelle is still renting in Flagstaff. But fans think it’s only a matter of time before she leaves as well. There are reports that Janelle may also end up living in Utah close to Christine.

Meanwhile, fans are still calling out Kody for never giving Janelle good living conditions. Fans also think it played a significant role in why their relationship never improved in recent years, which eventually led to their separation. Why do you think their marriage soured? Let us know in the comments below.

‘Sister Wives’: Meri Brown Back In Las Vegas After Split With Kody
‘Sister Wives’: How Did Kody React To Christine Getting Ready To Date?
‘Counting On’: James Shares Dangerous Activity No Duggar Has Done
‘Counting On’: Did Jeremy Vuolo Get A New Transplant?
’90 Day Fiance’: David Shares Heartwarming Advice About Grandmothers