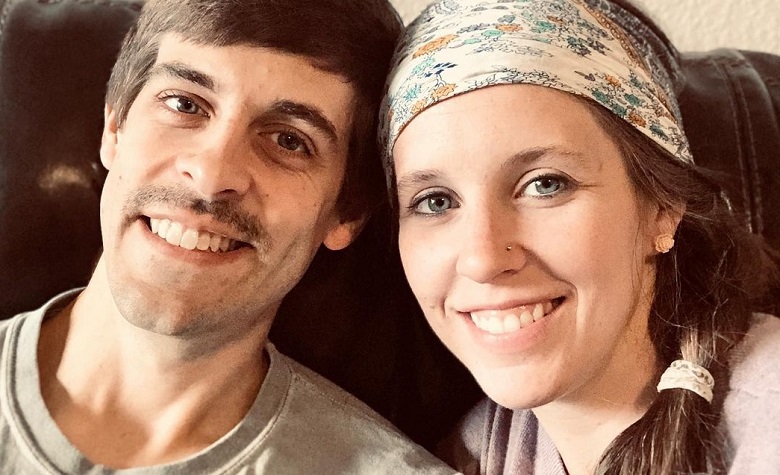 Counting On star Jill Duggar is becoming more active on social media lately. It appears that 2023 is going to be a big year for Jill as well. Apparently, Jill has also returned to her vlogging, and fans think she has a lot of upcoming projects with Derick Dillard. Fans are also cheering Jill for staying in touch despite the privacy she’s been giving to her kids lately. Now, Jill is back to share another update for the fans. This time, Jill is sharing a hilarious and relatable clip with Derick.

In a social media post, Counting On star Jill Duggar shared a hilarious and relatable clip with Derick Dillard. Apparently, Jill shared a clip of herself being able to get what she was looking for in her bag in one try. However, when Derick did the same thing, it took him so long and found tons of random things in the bag before finally finding what he needs. “Is this y’all? Mama knows exactly where it is in the diaper bag, but explaining where to find it just takes too long,” Jill said. “In his favor, I do pack the diaper bag & it’s not very organized, so I totally have the advantage here! lol,” she added. Some fans also took to Jill’s comment section to talk about how much they relate to her clip. Some are also glad that Jill is back with her funny social media clips with Derick.

Counting On star Jill Duggar also took to social media to share her shopping day with Derick Dillard and their kids. However, Derick’s phone carrier caught Jill’s attention. According to Jill, she feels embarrassed by Derick’s silly phone carrier. But Derick defended himself and told Jill that he was just trying to take advantage of the phone carrier that came with the phone case he purchased. The voices of Sam and Israel can be heard in the background as well. Unfortunately, Jill hasn’t been sharing their faces on social media lately.

At this point, Counting On star Jill Duggar has yet to share upcoming projects this year. But fans assume that Jill is starting to follow in her sister Jinger Duggar’s footsteps. According to some, it’s possible that Jill will continue to revive her YouTube channel and make vlogs. It also appears that Jill is trying to get endorsements similar to Jinger as well. There are also reports that Jill was once spotted filming for a mystery show. Meanwhile, some fans are curious about Jill’s current relationship with the Duggar family this year. Apparently, 2022 has been rough for the Duggars and many are hoping that they will finally heal from all the negativities.

Jill has already revealed that she and her parents are heading toward healing. But it’s been quite some time since Jill last talked about them, and many are worried about how everything turned out after Josh Duggar’s CSAM arrest. What are your thoughts? Let us know in the comments below.

‘Sister Wives’: Why Is Christine Brown Returning To Flagstaff?
‘Counting On’: Did Jeremy Vuolo Get A New Transplant?
’90 Day Fiance’: David Shares What He Relishes The Most In Thailand
‘Counting On’: Jinger Celebrates Release Of Book In NYC
‘Sister Wives’: Kody Slammed For Not Taking Own Advice In Latest Cameo