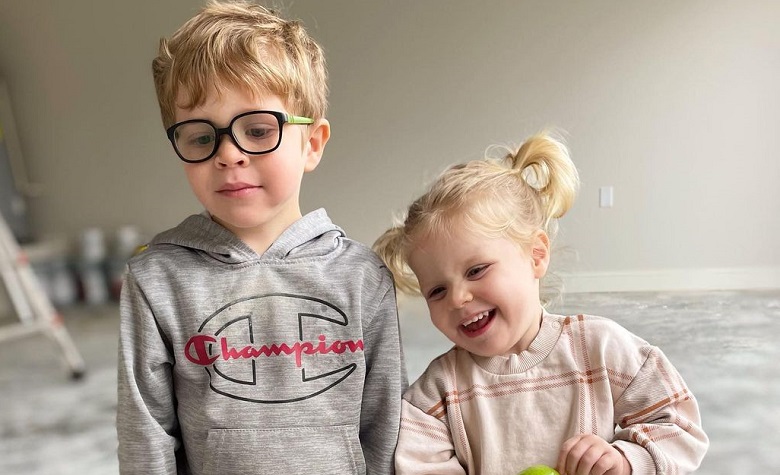 Counting On star Joy-Anna Duggar loves to share updates about her family. Most of the time, Joy-Anna leaves fans in awe by sharing adorable pictures and clips about her kids. She’s been sharing updates about her pregnancy as well, and many are excited about her growing family. Joy-Anna also kept in touch with the fans. Fans are also amazed by Joy-Anna’s efforts to make their Christmas unforgettable despite not being able to attend the Duggar family’s Christmas party. Now, Joy-Anna is back to share another update for the fans. This time, Joy-Anna is sharing Gideon and Evelyn’s creativity.

In a social media post, Counting On star Joy-Anna Duggar adorable pictures of the gingerbread houses that Evelyn and Gideon made. Joy-Anna didn’t say anything in her post. But the photos of Evelyn and Gideon having so much fun tell a lot. Fans are also impressed by the creativity of Evelyn and Gideon. Some even took Joy-Anna’s comment section to praise them. Joy-Anna and her family celebrated Christmas in the simplest way. According to Joy-Anna, they just slept beside the Christmas tree in the living room. She even shared clips of her kids waking up and checking their Christmas stockings filled with gifts.

Counting On fans are also impressed by Gideon and Evelyn’s rapid growth. Fans are also praising Joy-Anna for her incredible parenting. It also appears that Gideon is finally getting better with his speech. Apparently, Joy-Anna had to send Gideon to speech therapy after noticing that he was falling a little behind with his speech and comprehension. Now, it seems that Gideon has improved a lot. Gideon and Evelyn have been showing their excitement for their upcoming brother as well, who’s expected to arrive around May 2023.

Counting On: Joy-Anna Duggar’s Upcoming Son Will Use The Name James

Counting On star Joy-Anna Duggar has been sharing updates about her pregnancy as well. Most of the time, Joy-Anna shares the most recent ultrasound photos of her upcoming son. She also revealed that her son will be using the name James on either his first or second name. Jim Bob Duggar and Michelle Duggar have also acknowledged Joy-Anna’s upcoming child during her pregnancy reveal vlog. Many are also expecting them to be by Joy-Anna’s side during the day she gives birth.

The Duggars have been trying their best to recover from all the negativities brought by Josh Duggar’s conviction. Fans are also hoping that 2023 will finally bring back the wholesome contents of the family online. What are your thoughts on this? Let us know in the comments.