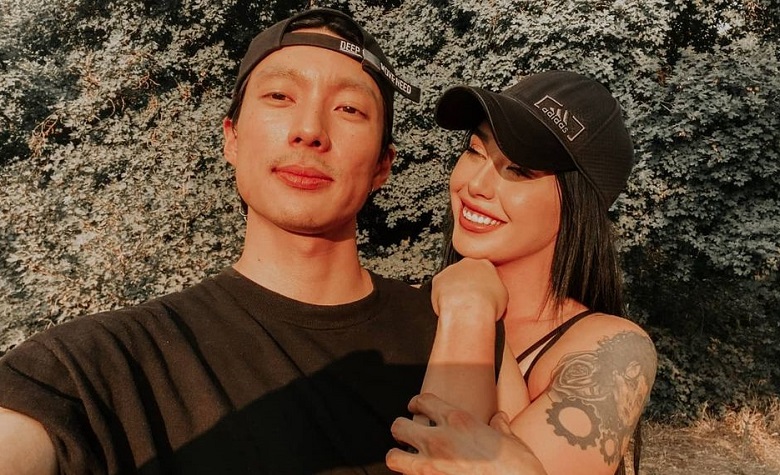 90 Day Fiance star Deavan Clegg has been sharing updates about her son, Taeyang, over the past few months. Taeyang has been fighting childhood cancer. He’s been going back and forth to the hospital for treatments. Deavan has been telling the fans that her son has also been a fighter throughout his treatments. Followers are glad to see he is finally getting better after getting rushed to the hospital due to a fever. Now, Deavan is back to share another update. This time, she talks about some positive things about her family, including a teaser about her third child.

In a social media post, 90 Day Fiance star Deavan Clegg answered a question from a fan regarding name of her third child. Deavan didn’t exactly reveal the name of her newborn baby. However, she teased that it starts with the letter E. It also appears that Deavan is trying to hint that she had a baby boy after answering a question from a fan with an animated picture of a baby with a blue heart and a blue diaper.

Deavan Making A Video About Her Third Child

90 Day Fiance star Deavan Clegg also took to social media to share that she’s making a video about her third child, which might explain why she still hasn’t shared any updates about the baby on social media. However, her newborn is healthy and fans continue to praise Deavan for her efforts in taking care of the kids and staying strong amid the stress.

The 90 Day Fiance star also shared positive updates on her son, Taeyang, during her latest Q&A. According to Deavan, Taeyang has been doing well lately. He still has a cold and still needs to rest a lot, but Taeyang’s laboratory results have been great since his transfusion. “Right now we are all just focusing on rest,” she added. Deavan also said that she’s doing a lot better lately and their house feels complete with their latest addition.

At this point, Taeyang’s fundraiser has reached $34k with a goal of $50k. Meanwhile, fans are hoping that Taeyang’s biological father, Jihoon Lee, is doing something behind the cameras to reach out and send help for his son.

Only time will tell. Keep coming back to Entertainment Chronicle for all your 90 Day Fiance updates.

‘Counting On’: Jinger Celebrates Release Of Book In NYC
‘Sister Wives’: Kody Slammed For Not Taking Own Advice In Latest Cameo
‘Sister Wives’: Meri Reunites With Janelle’s Sons, Shows Motherly Side
‘Counting On’: Did Jeremy Vuolo Get A New Transplant?
’90 Day Fiance’: David Shares What He Relishes The Most In Thailand