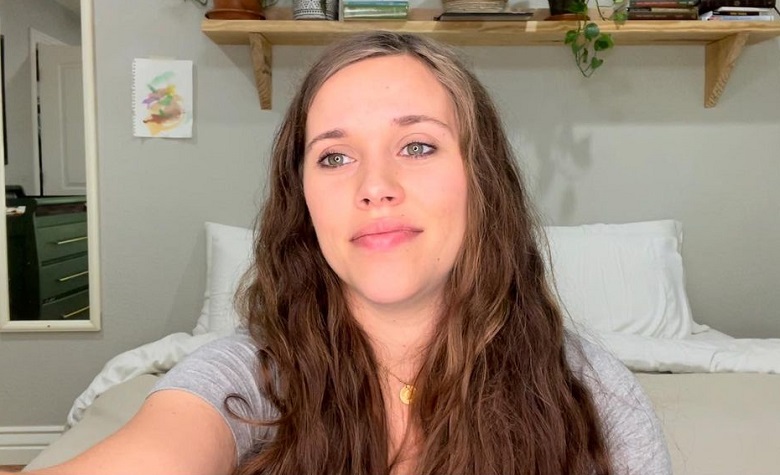 Counting On star Jessa Duggar has been keeping in touch with the fans lately. Most of the time, Jessa shares adorable updates about her kids. Jessa and her family have been living their best lives in their new fixer-upper as well. Apparently, Jessa and Ben Seewald renovated a house that was given to them by their church. Now, Jessa is back to share another update for the fans. This time, Jessa shares the second part of her house tour, which includes glimpses of their bedrooms.

Counting On star Jessa Duggar took to YouTube to share the second part of her house tour vlog. Jessa’s latest vlog is also focused on their bedrooms. Jessa starts off her video by discussing some of her furniture. Later in the video, Jessa finally shared their simple yet stunning bedroom. Jessa also shared different parts of their house including the kids’ playtime table and as well as the materials they use for drawing and studying. The kids’ bedroom also features a double deck bed. The kids also have a piano in their bedroom, but Jessa made it clear that they make some changes to save more space in the future.

Counting On fans are impressed by Jessa Duggar’s house tour. Some even took the comment section of Jessa’s YouTube post to praise her minimalist household. “I love how practical and minimalist you are. Everything is so nice,” one fan said. “I love everything about your house! The white with the natural wood and all of the plants, together with your minimalism and organization make the perfect home!” another fan added. Jessa has been creative throughout the years. She has also learned how to craft and do heavy work, which is a common knowledge taught in the Duggar family for years.

Counting On: Jessa Duggar Hides TV From The Kids?

Counting On star Jessa Duggar also surprised the fans after revealing that she usually keeps their TV in the closet. According to Jessa, she thinks that keeping away from the TV avoids the kids from getting distracted, especially when they’re studying. Jessa also revealed that they only bring the TV outside whenever they’re watching as a family. Jessa’s decision to hide the TV stuns the fans. But others think it’s one of Jessas’ ways to keep the Duggar family’s parenting styles alive as some of her siblings start to enter the modern style of parenting.

It’s clear to see that Jessa is a creative parent. Some even think that her kids’ polite and cheerful personalities came from her incredible parenting. What are your thoughts on her house tour? Let us know in the comments.