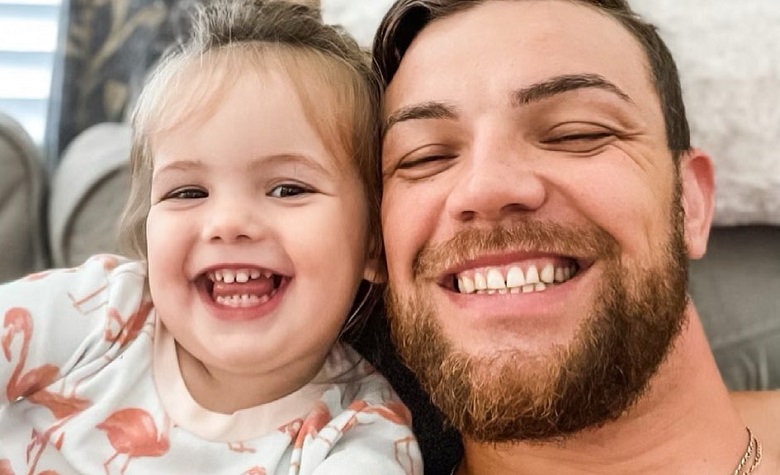 90 Day Fiance star Andrei Castravet has been sharing his daily life as a father to his two adorable kids. Fans have been praising his parenting as well as his incredible job as a husband to Elizabeth Potthast. Fans also think that Andrei and Elizabeth are now living a happy marriage, and things are only getting better for them thanks to the arrival of their son, Winston. Now, Andrei is back to share another update for the fans. This time, Andrei shares his wholesome bonding time with his daughter, Eleanor, at a zoo.

In a social media post, 90 Day Fiance star Andrei Castravet shared clips from his recent bonding time with his daughter, Eleanor. For a fun day out, the two went to a zoo. It’s unclear if Elizabeth is with them. However, fans assume that Elizabeth is at home taking care of her newborn son. Meanwhile, fans are praising Andrei for his efforts in spending time with his daughter despite his busy schedule due to Winston’s arrival. This wasn’t the first time Andrei shared his bonding moment with Eleanor as well. Recently, Andrei shared adorable pictures of Eleanor as they went out to buy pumpkins to carve for Halloween.

Will Andrei & Elizabeth Return To Vlogging?

90 Day Fiance star Elizabeth Potthast also took a quick break from making YouTube videos due to her pregnancy with Winston. But now that he has finally arrived, fans are hoping that Elizbeth and Andrei Castravet will finally return to making wholesome content online. Elizabeth and Andrei’s last video was 3 months ago and it’s about a compilation of Eleanor’s playtime. According to some, they’re hoping that Andrei and Elizabeth will soon share a vlog with their newborn son, Winston.

Elizabeth Potthast also took social media to share how much Eleanor loves her little brother, Winston. According to some, it clearly shows that Eleanor is going to be a good big sister to Winston. Fans also think that Eleanor’s kind personality is a clear indication of Elizabeth and Andrei’s good parenting. Meanwhile, fans have been cheering for Elizabeth and Andrei Castravent on the 7th season of 90 Day Fiance: Happily Ever After? Some are also speculating that the two might receive spinoff projects again now that Elizabeth has finally given birth.

It’s clear to see that Elizabeth and Andrei are becoming a more popular TLC couple as time goes on. Fans also think that the two will be around the franchise for quite some time as viewers want to continue following their lives with their newborn son. Do you like watching the couple on the 90 Day spinoffs? Let us know in the comments.