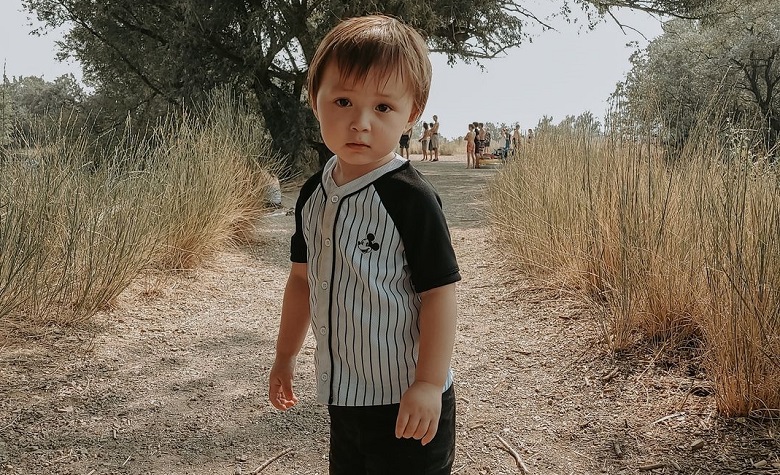 90 Day Fiance star Deavan Clegg has been receiving a lot of support from the fans lately. She’s currently in one of the most challenging stages in her life. Deavan’s son, Taeyang, was diagnosed with childhood cancer. Since then, Deavan has been trying her best to make money in order to support her son, Family and friends of Deavan have been sending all their support as well. Now, Deavan is back to share another update for the fans. This time, Deavan is sharing that her son’s battle has been going on for 3 months.

In a social media post, 90 Day Fiance star Deavan Clegg shared several clips with Taeyang as he enters the 3rd month of his chemotherapy. “We will continue to fight together and stand by you Taeyang. Thank you everyone for being so supportive of Taeyang’s cancer journey,” Deavan captioned. “3 months of Chemotherapy down hopefully just 22 more to go. The journey is just beginning,” she added. It’s clear to see that Taeyang’s recovery will take some time. Family and friends of Deavan also took her comment section to send their support and prayers. Deavan didn’t exactly reveal how’s Taeyang’s current condition. But it seems that he’s getting used to his chemotherapy, and fans are hoping that he’ll stay strong.

90 Day Fiance star Deavan Clegg has yet to share major updates about her pregnancy. However, she previously took social media to tell the fans that she wants to keep everyone updated about her upcoming third child. She also shared a picture with Taeyang recently cuddling with his sibling. Meanwhile, fans have been praying for Deavan to have a healthy pregnancy as she continues to face so much stress due to Taeyang’s condition.

At this point, 90 Day Fiance star Jihoon Lee has yet to share updates since Deavan Clegg revealed their son’s heartbreaking condition. It’s unclear if he’s sending help behind the cameras. However, Deavan previously revealed that Jihoon hasn’t been in touch since learning about Taeyang’s cancer. Some fans even took Jihoon’s last social media post to call him out and ask him to do something for his son. “What about your son? Please tell us you care and are involved in his care,” one person said. “Your son is sick. Please try like hell to see him or send some money to help out with finances. He needs you,” another fan added

It’s clear to see that fans want Jihoon to do something for Taeyang. But with his online absence, fans can only hope that he’s been reaching out to Deavan behind the cameras.