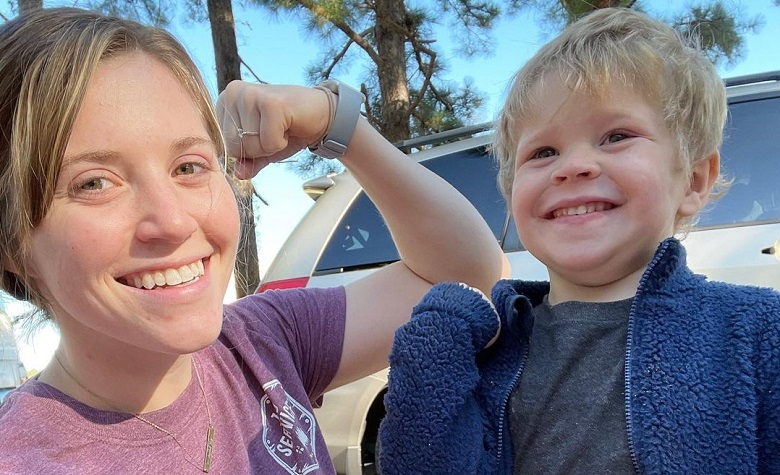 Counting On star Joy-Anna Duggar has been keeping in touch with the fans lately. Most of the time, Joy-Anna shares adorable pictures of her kids. Fans are also praising Joy-Anna lately for making unforgettable memories with her family. It also appears that she’s doubling her efforts on homeschooling her kids. Joy-Anna also took social media recently to share Gideon’s first school day in K4 and fans are loving it.

In a social media post, Counting On star Joy-Anna Duggar shared a picture from Gideon’s first day in K4. “First Day of School for Gideon! K4!!” Joy-Anna said. “We are doing school from home and it wasn’t as smooth as I had hoped, but we made it through the morning and he did great! So excited to see him learn and grow this year!!” she added. It’s clear that Joy-Anna is still following the homeschooling tradition of the Duggar family. Despite the criticisms, it seems that Joy-Anna is dedicated to making her kids learn at home. Some are also starting to praise Joy-Anna for her efforts in homeschooling her kids. Meanwhile, others were surprised to see how big Gideon has become. “He’s growing up so much – I miss that little face!” one fan said. “He’s so big!” another fan added.

Is Homeschooling Still An Ongoing Tradition In The Duggar Family?

Aside from Joy-Anna Duggar, Counting On fans have also seen several Duggar parents homeschooling their kids. One of which is Jessa Duggar. Apparently, Jessa is still homeschooling her kids, as well. She even took social media previously to share that her kids have been using a homeschool application. It also appears that most of Jim Bob and Michelle Duggar’s younger kids are still being homeschooled. There are also reports stating that Jana Duggar has been helping her younger siblings with their studies as well.

Joy-Anna also took social media to share Evelyn and Gideon’s adorable paint day. Apparently, Evelyn did some painting sessions with Gideon after his homeschool activities. It also ended up with the two having so much paint on their faces. However, Joy-Anna just let them enjoy the moment and fans are loving it. This wasn’t the first time Joy-Anna left the fans in awe. At one point, Joy-Anna shares adorable pictures from her reunion with the kids after flying to Alaska with Austin Forsyth and some of their friends.

It’s clear to see that Joy-Anna is living her best life despite all the recent controversies of the Duggar family. Meanwhile, fans are hoping that the other Duggars will finally become active on social media and start sharing wholesome content, especially Jim Bob and Michelle Duggar.