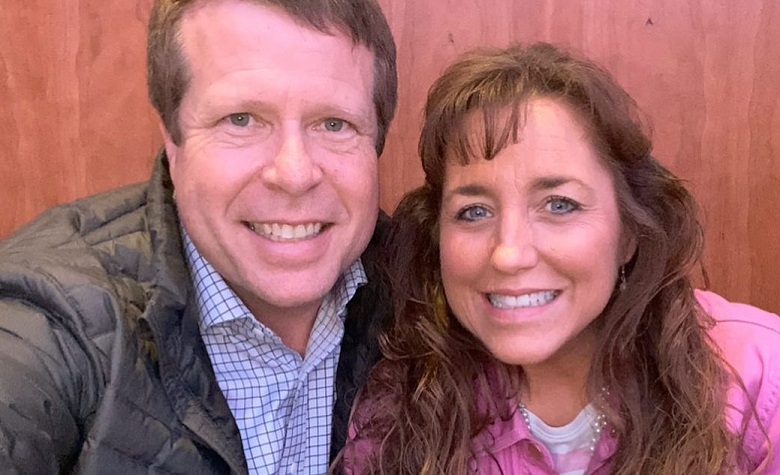 Counting On star Jim Bob Duggar has been silent on social media for months. He’s been out of sight during the recent Duggar gatherings as well. Fans seem to find it odd that Jim Bob no longer acknowledges his newborn grandkids. According to some, it seems that Jim Bob is lying low in the online world due to the controversies they’ve been facing since Josh Duggar’s arrest. However, it seems that Jim Bob couldn’t escape the eagle-eyed fans. Apparently, some fans spotted Jim Bob in an airport with some of his kids.

Counting On: Jim Bob Duggar Spotted In An Airport With Family

Counting On fans took Reddit to discuss Jim Bob Duggar’s rare sighting in an Airport. “Spotted at an airport in Florida! Some of the fam was with him. Vacation maybe?” the uploader said. At this point, it’s still unclear where Jim Bob and his family are going. However, it seems that they’ve been trying to live their lives behind the cameras. Needless to say, Josh Duggar’s CSAM arrest badly affected the family’s reputation. Fans think that it’s one of the main reasons why Jim Bob and Michelle Duggar are no longer posting wholesome updates on social media.

Is Michelle Duggar With Them?

It’s unclear if Counting On star Michelle Duggar is with Jim Bob Duggar during his latest trip. Apparently, Michelle has been traveling on her own over the past few months. At one point, Michelle traveled to Los Angeles with some of her kids to pay a visit to Jinger Duggar. She even wore pants with Jinger, defying the family’s traditions and strict dress codes. There are also reports stating that Michelle hasn’t been on good terms with Jim Bob since Josh’s conviction. Meanwhile, fans are hoping that the two will finally surface soon and address all the rumors surrounding the family.

Counting On: Fans Are Still Upset Towards Jim Bob Duggar

Counting On fans have been calling out Jim Bob Duggar over the past few months as well. Apparently, many are upset by how Jim Bob handled Josh Duggar’s CSAM arrest. Aside from not doing something to help the victims of child abuse, he even decided to run for office, which led to a big blowout loss. Fans also think he’s no longer showing efforts to his kids and grandkids after the show got canceled. Amy Duggar King herself has been teasing about writing a tell-all book as well, which may expose Jim Bob’s dark secrets.

It’s clear to see how controversial the Duggars have become in recent years. Will Jim Bob and Michelle Dugar finally resurface to end all the negative rumors?