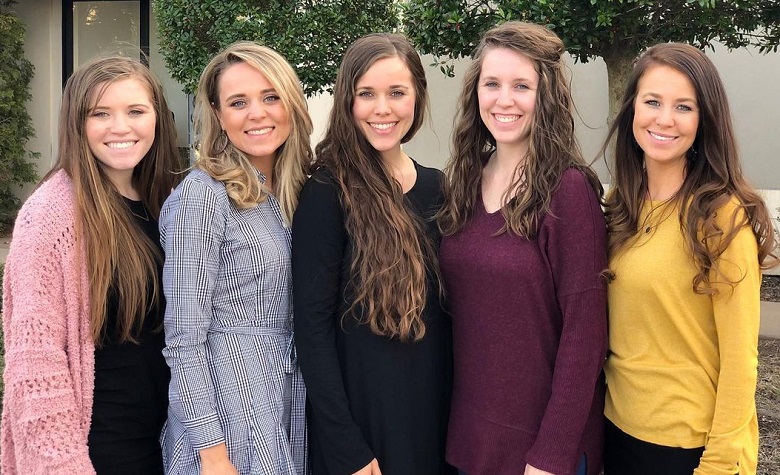 Counting On fans have been keeping their eyes close to the Duggar family lately. Things have been silent in the conservative family since Josh Duggar’s CSAM arrest. Fans also noticed that Jim Bob Duggar and Michelle Duggar have been awkwardly silent online despite the new additions to the family. However, it seems that the Duggars have been up to something lately. Apparently, fans found out that some of the Duggars recently went to Texas. It even created controversies as some think that they may have paid a visit to Josh.

Counting On: What Is The Duggar Family Doing In Texas?

Counting On fans took Reddit to discuss the recent sightings of several Duggars in Texas. Apparently, a fan shared that they spotted Jessa Duggar in Texas. It’s unclear what was she doing there, but others pointed out that some of her siblings were in the same area recently.

“Wasn’t Joy/Austin and children at Big Sandy? Perhaps Jessa was there too,” one person said. “Joy and Austin’s most recent photo was at the Rosemary Barn venue in McKinney, so it’s likely they were in town for a wedding for a family friend, perhaps?” another person added. Meanwhile, some believe there might be another reason for the Duggar family’s sudden appearance in Texas, and some think that it’s related to Josh Duggar and Anna Duggar.

Are They Helping Anna Move?

Counting On star Anna Duggar recently went headlines after she and some of her daughters were spotted in Texas. It’s unclear what was Anna doing in Texas, but some believe that she’s trying to get closer to Josh Duggar, who was moved to a prison located in Texas. According to some, it’s possible that the Duggars are trying to help Anna move. At this point, Anna has yet to share her whereabouts. However, she recently returned to social media after months of absence. Due to this, fans can only hope Anna will share major updates about her family soon.

Counting On: Did They Visit Josh Duggar?

Counting On fans are also wondering if the Duggars paid a visit to Josh Duggar in Texas. However, some doubt it and said most of Josh’s siblings are upset by the horrible things that he did. Others also think paying a visit to Josh will only create tons of issues in the family. It also appears that Josh’s CSAM arrest played a huge role in Jim Bob and Michelle’s social media absence. Apparently, the Duggar family’s social media page has been filled with criticisms due to Josh’s conviction. Things also got worse when fans found out that Jim Bob and Michelle tried their best to help Josh defend his case.

It’s clear to see that Josh’s arrest brought so many problems to the Duggar family. Fans also think that Josh’s conviction will make it harder for them to return to the small screens.

Kelly Ripa Snubs Michael Strahan In Her New Memoir
‘Sister Wives’: Meri Brown Loving Her Life Amid Struggles With Kody
‘Sister Wives’: Christine & Janelle Continue To Have Fun In Hawaii
‘Counting On’: Has Abbie Duggar Already Given Birth?
‘Sister Wives’: Fans Think Meri Wants To Go All Out For So Long