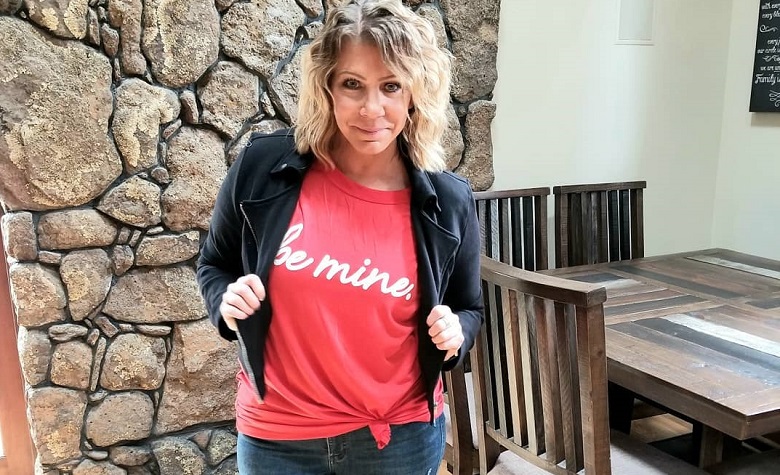 Sister Wives star Meri Brown has been keeping in touch with the fans lately. Most of the time, Meri shares puzzling quotes and motivational messages online. Fans also think some of her quotes depict her struggling relationship with Kody Brown. Apparently, things have never improved between the two in recent years. Some are also speculating that their relationship will continue to get worse in Season 17. Now, Meri is back to share another update for the fans. This time, Meri talks about deserving love amid her dying relationship with Kody.

In a social media post, Sister Wives star Meri Brown shared a quote that talks about deserving love. “I am imperfect and vulnerable. But I am also brave and worthy of love and belonging,” Meri said. It appears that Meri’s quotes indicate her struggling life in the plural family. Apparently, fans have seen her getting mistreated by Kody Brown. She’s been snubbed a lot of times, and fans think that there’s no more love between Meri and Kody. However, it seems that Meri is not losing hope that she’ll eventually get all the love she deserves. Not just from Kody, but from the other wives as well.

Sister Wives star Meri Brown also took social media to share a quote that talks about bravery. According to Meri, “Bravery is the audacity to be unhindered by failures, and t talk with freedom, strength, and hope, n the face of things unknown,” Meri said. It’s clear to see that Meri is trying her best to become a strong person amid her struggles with the plural family. Fans also think that her friends and business partners from LuLaRoe have helped her a lot when it comes to standing up for herself amid her unhealthy relationship with Kody Brown.

At this point, Sister Wives star Meri Brown has yet to share what’s going to be her storyline in the upcoming season. Apparently, TLC has already revealed that Janelle Brown, Christine Brown, Robyn Brown, and Kody Brown, will make major screentime in the first episode. However, the network company has been silent when it comes to Meri. According to some, it’s highly possible that Meri is still part of the upcoming season. Meri herself has also acknowledged Season 17 numerous times on her social media page.

It’s clear to see that things are still not looking good in the plural family ahead of Season 17. Will Kody come up with an idea to finally end their struggles?