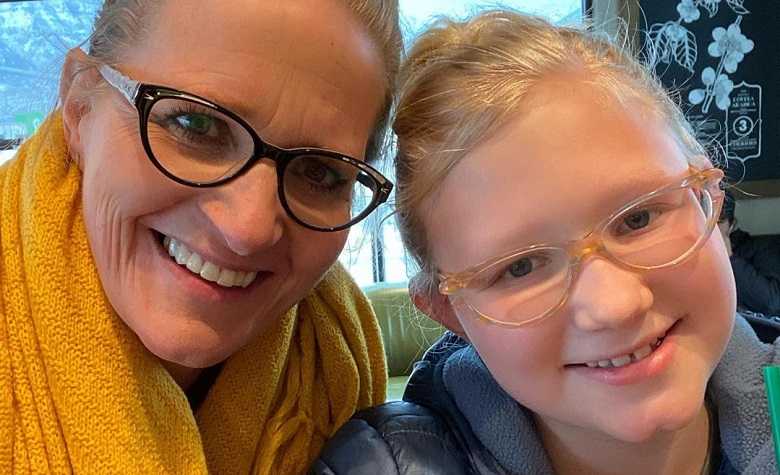 Sister Wives star Christine Brown is finally back with her online activity after staying silent for several days. Apparently, Christine got busy after traveling back to Flagstaff to film. Fans already assume that it was for the 17th season of Sister Wives. TLC revealed that Christine will have major screentime with Kody Brown in the first episode. However, it seems that Christine wants to remain silent when it comes to their upcoming season. Instead, she’s been sharing adorable pictures with her kids, especially with Truely Brown. She even took social media recently to share a picture of Truely eating a fruit of a tree that she’s not familiar with.

In a social media post, Sister Wives star Christine Brown shared a picture of her daughter, Truely Brown, eating a fruit of a tree. “What kind of tree is this? I stopped Truely from eating it, I promise!” Christine said. Fortunately, a lot of fans know the tree and told Christine about it. “Definitely a Catalpa tree,” one fan said. “Catalpa tree. Pretty when they bloom but smell kinda weird too,” another fan added. Meanwhile, fans seem glad that they get to see another mother-daughter bonding time between Christine and Truely.

Are They Still In Flagstaff?

At this point, Sister Wives star Christine Brown has yet to share if they’re still in Flagstaff. It’s known that Christine reunited with the plural family to film for Season 17. However, she’s been spending a lot of time with her kids lately, especially Hunter and Truely Brown, which fuels the rumors that she might be back in Utah. Meanwhile, fans are hoping that Christine and Kody Brown were able to come up with good results regarding their discussion about their marriage. Apparently, TLC revealed that the first episode of Season 17 will feature Kody and Christine talking about their future.

Sister Wives fans have been calling out Kody Brown for staying silent when it comes to his kids. Some also think that he’s no longer in touch with Christine Brown’s children since their split. It also appears that it’s one of the main reasons why Paedon Brown has been shading Kody online. He said that he’s aware of Kody and Robyn Brown’s unfair relationship, and it’s no question that other family members know about it as well.

Christine has yet to share if Kody has done something for their kids since her departure from the plural family. However, some are hoping that he’s still supporting them even when Christine is in Utah.