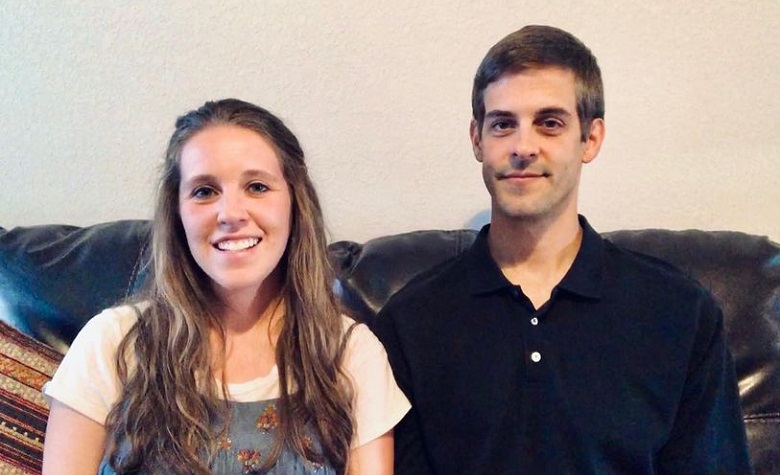 Counting On star Jill Duggar has been keeping in touch with the fans lately. Most of the time, Jill shares pictures with her kids, especially her newborn child, Frederick Michael Dillard. Fans are also glad that Jill is finally back online after becoming inactive for several weeks. According to Jill, her account got locked from posting for unknown reasons. Now, Jill is back to share another update for the fans. This time, Jill shares their recent trip as a family of 5.

Counting On: Jill Duggar Shares First Trip As A Family Of 5

In a social media post, Counting On star Jill Duggar shared a clip from their recent trip with Frederick Michael Dillard. “Our first outing as a family of 5! …and it had to be to Braum’s for frozen yogurt!” Jill captioned.

The clip also shows Sam and Israel enjoying their ice cream. Fans are also glad to finally get a glimpse of Jill’s husband, Derick Dillard, who’s been busy with his new job.

“Such a beautiful family ..Congratulations on your new addition,” one fan said.

“I can’t believe how much the 2 oldest have grown!!! Congratulations on the newest little Dillard, he’s so adorable!!” another fan added.

How Are Sam & Israel?

At this point, Counting On star Jill Duggar has yet to share updates about Sam and Israel. However, it seems that they’re doing fine lately as Jill continues to share adorable pictures of them. It also appears that the two are still attending their swimming lessons. Fans also think that Israel is still attending the same school.

Meanwhile, fans believe that Sam will follow in his older brother’s footsteps and attend real schools. Apparently, Jill is no longer following the Duggar family’s traditional homeschooling. She’s been receiving a lot of praise for her decision as well.

Counting On: Jim Bob & Michelle Duggar Remain Out Of Sight For Frederick

Counting On stars Jim Bob and Michelle Duggar have been inactive on social media lately. The two have yet to acknowledge Jill Duggar’s newborn son as well.

Apparently, some thought that Jim Bob and Michelle will finally celebrate the arrival of Frederick, but it seems that they still want to stay away from the online world. Jessa Duggar previously revealed that Jill still has the family’s support, but she didn’t confirm if Jim Bob and Michelle have already paid their new grandson a visit.

The reason behind Jim Bob and Michelle’s social media absence is still unclear. But fans believe that it has something to do with Josh Duggar’s CSAM arrest.