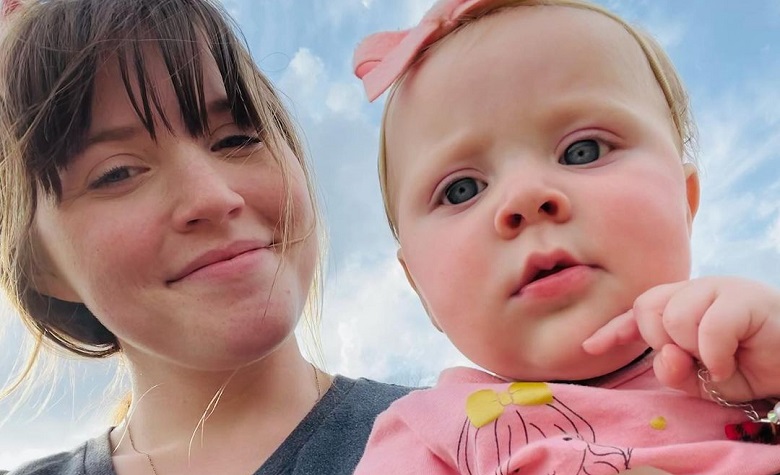 Counting On star Joy-Anna Duggar has been silent on social media lately. Her sudden absence has been causing several rumors as well. One of which is the possibility that she’s pregnant. According to some, it seems that Joy-Anna wants to keep things private about her pregnancy before making a big announcement. However, she’s been spotted multiple times with what seems to be a baby bump. Now, Joy-Anna is making headlines once again after fueling the rumors of her pregnancy even more with her latest picture.

Counting On fans took to Reddit to discuss a picture of Joy-Anna Duggar with her friends and in-laws. According to some, it seems that the picture is a group photo of pregnant women although Katey Nakatsu has already given birth. Others agree and said that Joy-Anna is indeed looking pregnant.

“I’m guessing everyone in this photo is pregnant but maybe Joy’s taking her time to announce it more publicly,” one person said.

At this point, none of the Duggars have opened up about Joy-Anna’s rumored pregnancy. However, fans think that her baby bump is becoming more noticeable lately, especially during Jed Duggar’s RV camping day with the Duggar family.

At this point, Counting On star Joy-Anna Duggar has yet to share why she’s been inactive on social media. She previously did the same thing months ago but eventually returned. According to Joy-Anna, she’s excited to finally share more updates about her family on social media. But fans were left hanging when she suddenly stepped away again for no reason.

However, fans think that it’s most likely due to her rumored pregnancy and the negativities surrounding the family. Fans also believe that Joy-Anna doesn’t want to announce it yet as the Duggar family continues to face criticisms since Josh Duggar’s CSAM arrest.

Counting On fans have yet to get any updates regarding Joy-Anna Duggar’s kids since her social media absence. However, her last video post on YouTube shows that her kids have been doing well. Joy-Anna also revealed that she’s been homeschooling them and it seems that they’re enjoying it a lot.

Joy-Anna previously revealed that Gideon is undergoing speech therapy as he falls a little behind when it comes to his communication and comprehension. It’s been quite some time since Joy-Anna last shared an update about Gideon’s therapy, but fans are hoping that he’s doing fine now.

There are reports stating that Joy-Anna’s RV is finished considering how long it has been since her last update. Due to this, fans can only hope that Joy-Anna will soon share a quick tour of their mobile home.