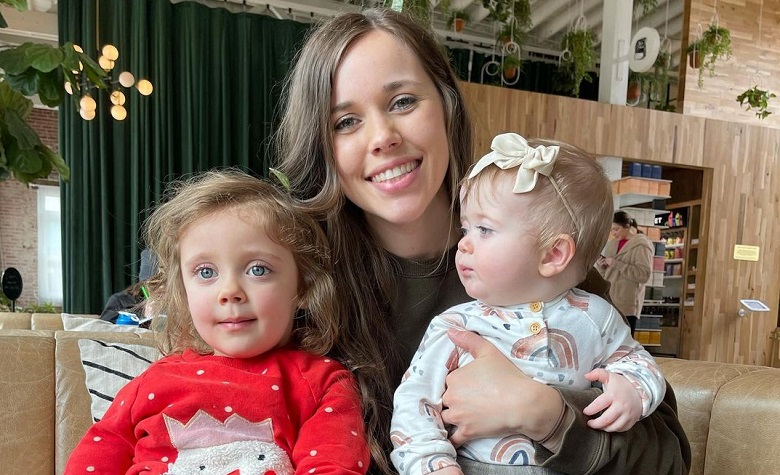 Counting On star Jessa Duggar has been keeping in touch with the fans lately. Most of the time, Jessa shares adorable stories with her kids. It also appears that Jessa has been busy moving and unpacking in their fixer-upper. Apparently, Jessa previously revealed that their fixer-upper is nearly reaching its finishing touches. Now, Jessa is back to share another update for the fans. This time, Jessa shows her kindness to a friend.

Counting On: Jessa Duggar Praised For Being A Supportive Friend

In a social media post, Counting On star Jessa Duggar shared a picture with her friend as she help support her pottery business. “What a fun day! So proud of my girl @sierrajodominguezpottery! She makes the cutest pottery! If you like handmade items, check out her page,” Jessa captioned. Fans also recalled that Sierra is also the planner and organizer for most of the Duggar parties and weddings.

Jessa also shared pictures with her kids as they spend some time outdoors after paying a visit to her friend. Meanwhile, fans took to Jessa’s comment section to praise her for being a supportive friend. Jessa’s friend also sent her a wholesome message for helping her with her business. “You’re an AMAZING Momma for braving the event with 4 bb’s in tow. Your support means the world, Jess! Love you!” Sierra said.

Counting On star Jessa Duggar also took to social media to promote another food supplement. According to some, it’s clear to see that Jessa is doubling her efforts on making money as her family gets bigger. It also appears that Jessa and Ben Seewald spent a lot of money on renovating their fixer-upper.

Due to this, fans can expect that Jessa will promote more products in the coming days. Meanwhile, Ben has been silent on social media lately. However, fans think that he’s been busy helping in the renovation of the fixer-upper.

Counting On: When Are They Moving?

At this point, Counting On star Jessa Duggar has yet to share when are they moving to their fixer-upper. However, Jessa’s recent vlog shows that everything is nearly done. Jessa also revealed that the vlog was taken back in April. Due to this, fans think that Jessa and Ben Seewald are ready to settle in their new home. It’s been quite some time since Jessa last shared a picture of them indoors as well. According to some, it’s possible that they have already moved and Jessa is just keeping things private before a big reveal.

It’s clear to see that Jessa has been busy with her life lately. Fans are also glad that she’s able to keep in touch with everyone despite her tight schedule.