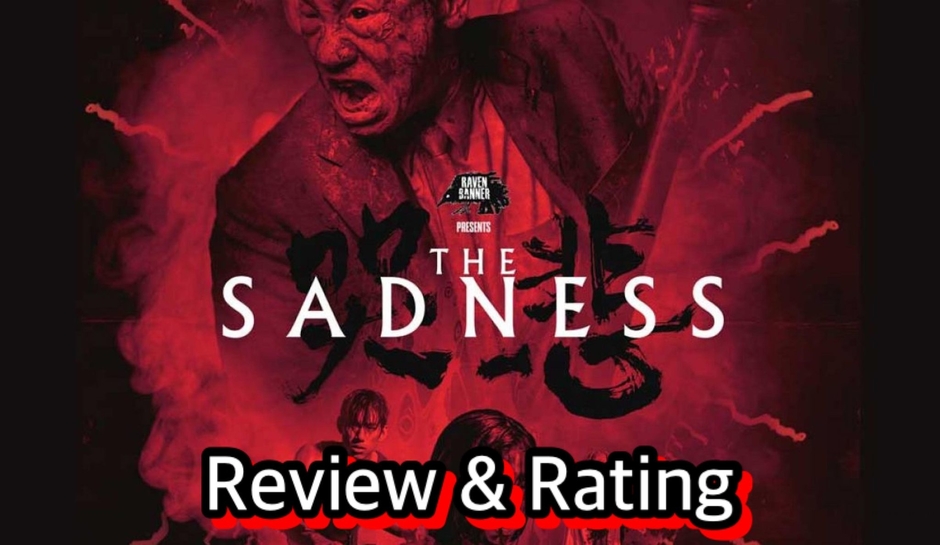 ‘The Sadness’ is a 2022 Taiwanese infection horror film written and directed by Canadian filmmaker Rob Jabbaz. Starring Berant Zhu and Regina, ‘The Sadness’ is heavily inspired by the graphic novel ‘Crossed.’

‘The Sadness’: Summary and Set-Up

Jim and Kay are a couple living in modern-day Taiwan and wake up together to discuss upcoming holiday plans. After a brief spat due to Jim’s work schedule, Kat takes a shower while her boyfriend turns on the news. While watching, Jim listens to a doctor discussing the Alvin Virus that has been spreading throughout the city. Jim brushes the news off and heads to the balcony as he sees an older woman atop a nearby building. The woman stares back with blood on her shirt before he becomes distracted by his neighbor. The neighbor claims the virus is a hoax and nothing to worry about. Jim rides Kay to work on his motorcycle as they pass by a crime scene with police restraining an angry man covered in blood.

Kat is dropped off at her workstation before Jim heads to a local diner to grab some lunch. It’s at this moment where the old lady from the balcony walks into the diner, attacking a customer and pouring burning cooking oil on a cook. All hell breaks loose inside the diner causing Jim to flee into the street. The old lady follows himself outside before getting run down by a speeding car. The driver resembles the old lady’s craziness, as others in the street look the same. A woman leaps from a nearby building to her death as Jim makes his way back to his apartment. Jim and his now infected neighbor fight, resulting in Jim losing two of his fingers. Meanwhile, Kat finds herself on a train where a similar outbreak of infected crazies causes havoc, as she tries to evade the madness and reunite with Jim.

As the film moves through the second and third acts, we follow Jim and Kat’s separate journies to reunite with one another. What both go through are equally traumatic in different ways, with scenes that shock and disturb. During a train ride gone mad, Kat befriends a woman named Molly who is stabbed in the eye by an older businessman who is clearly infected.

Kat and Molly make their way through the subway with another local and arrive at a hospital. A news report from the President confirms the outbreak of the Alvin virus before a general shoves a grenade in his mouth and kills him. The businessman finds his way to the hospital and sexually assaults Molly in her eyeball, resulting in her becoming infected. Moving back to Jim, he sees a group of the infected beating down a young man and attempts to intervene. Unbenoiced to Jim, the victim is also infected and is enjoying his punishment.

Molly links up with a doctor named Wong who reveals that he has been working on a cure for the virus. Wong explains further that the virus removes the infected’s impulse control resulting in the individual acting out. The infected know what they are doing is wrong, however, they can not restrain themselves. This often results in the infected shedding a tear, giving the film its name of ‘The Sadness.’ A fully infected Jim arrives at the hospital and kills Wong. However, Jim is unable to break through the barrier to get to Kat. Kat walks up the stairs and to the roof, however, she is mistaken for an infected as we hear her scream and shot down by the police.

‘The Sadness’ was first released back in Taiwan on January 22, 2021, before moving to various film festivals. Shudder picked up the streaming rights in the United States, with Raven Banner Entertainment acquiring worldwide distribution for the film. Canadian filmmaker Rob Jabbaz wrote and directed the film, with ‘The Sadness’ being his first feature. Filming lasted 28 days and was shot on Red Digital Cinema “Monstro” cameras, with Jie-Li Bai handling the cinematography.

The look of the film is important, with the backdrop of Taiwan really coming into play. The shot selection needs to be highlighted, as Jabbaz was able to maintain control of his camera by knowing when to hold for a steady shot, and when to cut quickly to increase intensity. The first shot that teases the anxiety is when the character of Jim looks to the apartment across the way and notices an old woman with a bloody t-shirt walking in circles. This was very similar to the opening cemetery scene in George Romero’s ‘Night of the Living Dead.’ However, it’s not until the madness begins in the diner that the viewer is taken on a rollercoaster ride that doesn’t let up until the credits roll.

‘The Sadness’ is a non-stop brutal and gruesome bloodbath that is not for everyone. There is a scene in the middle of the film where a woman has her eyeball poked out before being sexually violated in the eye socket by an infected businessman. This scene has been heavily criticized, however, I think it’s an important one. The viewer doesn’t actually see the eyesocket assault, but it’s clearly taking place. Due to the core of the virus eliminating the impulse control of the infected, it would only make sense for sexual assault to take place. It’s a horrific but realistic social commentary on society and what people would do if repercussions weren’t the endgame.

The special effects were mostly practical and handled by IF SFX Art Maker. The team spent over three months prepping for the 28-day shoot, with production designer Liu Chin-Fu laying the groundwork for the set. The blood and gore were done in a mostly realistic fashion, with the hyper-realism adding to its effectiveness.

There seems to be two major criticism directed toward the films that have to be addressed. The first is that the film is too simplistic and that it relies on blood and gore to carry itself from start to finish. Those critics accuse the film of offering nothing but a standard “zombie” film to the audience. Well, the movie is not a “zombie” story, despite some trying to paint it as such. None of the infected are dead, and they don’t try to eat their victims. What we’ve seen in George Romero’s classic zombie films or newer films of the subgenre like ‘Army of the Dead’ is not what you see in Rob Jabbaz’s film.

These are humans who are very much alive and are being forced to act due to the virus, despite knowing inside that what they are doing is wrong. It’s a commentary on the impulse of people, the dark desires of some, and what they would do without the fear of repercussions. It also highlights the ignorance of those who wish to ignore the warnings of the experts so they can feed their own agenda and narrative.

Important words from University of California Professor Carol Clover on Horror Films and the true meaning behind them. From The American Nightmare documentary directed by @adamsimonx pic.twitter.com/E2OPgSaHNo

The film has also received criticism from those who say it goes too far, both on-screen and its overall themes. The criticism reminds me of the words of University of California Professor Carol Clover. “The unconscious is not a pretty place. Movies are fantasies and fantasies are meant to tap into these things. Movies are not meant to be nice or be politically correct. And movies are exactly where we go to revisit things that sometimes need revisiting. Either on a conscious or semi-conscious level. That’s just a given. That’s what films are for.”

After a nearly two-year build, I was not let down by ‘The Sadness.’ I was able to catch an early screening of the film and then gave it a rewatch the day it was released on Shudder. It held up just as well the second time around as it did on the first. While the film mostly checks all the boxes, not everything is perfect. Due to the film’s fast pace, character details and development could have been handled better if the pacing was slowed down. We spend a lot of time with Jim and Kat apart. Keeping them together a bit longer could have helped flesh out their relationship. This is a minor nitpick, however, and one that doesn’t diminish the film’s overall effectiveness.

‘The Sadness’ is a film that will be divisive but that is pretty much the entire point. It comes recommended but with a warning for those who are easily triggered or squeamish. It’s currently streaming on Shudder with Raven Banner Entertainment taking pre-orders for the special edition Bluray. The current Rotten Tomatoes Critics Score stands at 88 percent, with a 92 percent Audience Score. Those numbers sit well with me as ‘The Sadness’ is one of the best horror films of the year. Rating: 5 out of 5.