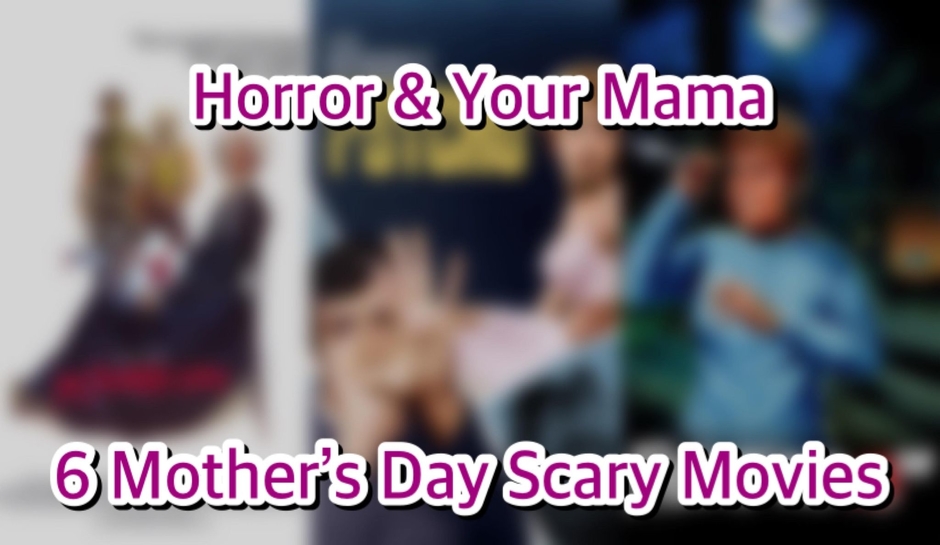 Every holiday seems to find its place in the world of horror movies and Mother’s Day is no exception. There are several that have become engraved in pop culture, and others that might have slipped by you. Whether it’s a zombie virus, a mother’s revenge, or psychological trauma, horror mothers have their place. Here are six Mother’s day horror movies that you might want to check out with your mom.

Psycho (1960) – Directed by Alfred Hitchcock
Rotten Tomatoes- Critics Score 96 percent, Audience Score 95 percent
Imagine not being allowed to enter a movie theater once the film began. That was the rule for moviegoers when wanting to watch Alfred Hitchcock’s 1960 horror movie hit ‘Psycho.’ There’s not much left to be said about one of the landmark films in cinema history, however, it is a perfect watch on Mother’s Day. You think I’m fruity, huh?

The Start of Franchise

Friday the 13th (1980) – Directed by Sean S Cunningham
Rotten Tomatoes- Critics Score 63 percent, Audience Score 60 percent
Ask someone random on the street to name a horror movie and there’s a good chance they namedrop ‘Friday the 13th.’ While the hockey-masked killer in the form of Jason Voorhees is what comes to mind, it all started with his mother. After young Jason drowned at Camp Crystal Lake in 1958, Pamela Voorhees made it her mission to enact revenge and vengeance on potential counselors. In other words, the original ‘Friday the 13th’ is a must to have on any Mother’s Day horror movie list.

Flesh Eating Mother’s (1989) – Directed by James Aviles Martin
Rotten Tomatoes- Critics Score NO RATING, Audience Score 49 percent
In the 1980s, low-budget horror movies were frequent at the local video stores. The concept of a virus and zombie outbreak was plentiful, as was the concept of cannibalism. Mixing those themes together and you get the ultimate cheesy Mother’s Day horror film. Directed by James Aviles Martin, ‘Flesh-Eating Mothers’ spotlights a sexually transmitted virus that causes an outbreak of cannibalism among the adulterous housewives of suburban Baltimore.

Serial Mom (1994) – Directed by John Waters
Rotten Tomatoes- Critics Score 63 percent, Audience Score 72 percent
In 1994, John Waters directed what would soon become a cult hit in the form of ‘Serial Mom.’ Starring Kathleen Turner as happy housewife Beverly Sutphin, ‘Serial Mom’ is a hybrid horror-comedy. One of Beverly’s son’s teachers is overly critical during a parent-teacher conference. In response, Beverly decides to run the teacher over in the school parking lot. This sets in motion a chain of events leading to Beverly’s mental downward spiral in a brutal and hilarious fashion.

Mother’s Day (2012) – Directed by Darren Lynn Bousman
Rotten Tomatoes- Critics Score 42 percent, Audience Score 52 percent
Originally set to release in 2010, distribution issues caused a delay. ‘Mother’s Day’ got its release in the UK in 2011, and then in the United States and other countries in 2012. It’s a loose remake of the 1980 film of the same name and stars Rebecca De Mornay who leads her sadistic sons to return to their childhood home to terrorize the new owners.

‘Sister Wives’: Janelle Travels To Sedona With Christine & Kids
‘Counting On’: Amy Duggar Calls Out Anna For This Reason
‘Counting On’: Jill Attends Festival With Family In Stilwell, Oklahoma
Upcoming Horror: 5 Scary Movies Releasing May 16-22
‘Counting On’: How Does Josh’s Conviction Affect The Duggars?