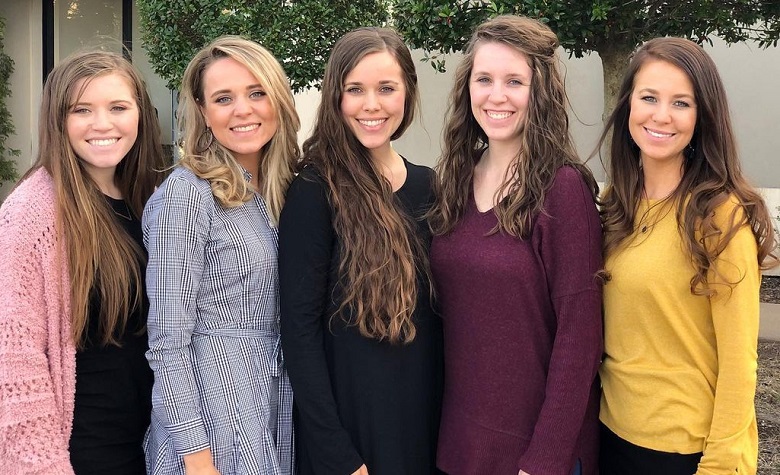 Counting On fans have been keeping their eyes close to the Duggars lately. Apparently, Jill Duggar’s recent pregnancy announcement created a lot of new speculations. According to some, it’s possible that there are more pregnant Duggars aside from Jill. Some even think that most of them might be pregnant due to the fact that it’s been quite some time since someone announced such big news. Meanwhile, others think that some of Jim Bob Duggar and Michelle Duggar’s kids are no longer planning to follow their tradition of making a big family.

Counting On: Fans Predict All The Married Duggars Are Pregnant

Meanwhile, some are excited about Jill Duggar and wish that she’s going to have a healthy pregnancy. Apparently, Jill suffered a miscarriage last year. Fortunately, they were blessed again with another baby. Meanwhile, fans have been noticing that some of the Duggar girls have been inactive online. One of which is Joy-Anna Duggar, which is why some fans think that she might be pregnant as well.

Counting On fans think that some of the Duggar girls won’t be pregnant anytime soon. One of them is Jinger Duggar. Apparently, Jinger has changed her lifestyle since moving to Los Angeles. According to some, it’s noticeable that Jinger is no longer following her family’s tradition of making a big family. However, some think that she’s still hoping for a baby boy in the future. Meanwhile, fans are also speculating that Justin Duggar and Claire Spivey won’t follow the Duggar family’s tradition as well. There are also speculations that they’re not planning to start a family at all at this point as they try to enjoy their lives first as a newlywed couple.

Counting On: Will Jana Duggar Ever Find The Lover Of Her Life?

Counting On fans have been following Jana Duggar throughout the years. Apparently, fans want Jana to get married and step away from her parents to avoid being their caretaker for life. Apparently, there are reports stating that Jana is often tasked to take care of the Duggar kids to the point that she looks like a caretaker. According to some, Jana doesn’t deserve such treatment from her parents, which is why they’ve been asking her to enter a relationship.

There are rumors stating that Jana once had a secret relationship with Stephen Wissmann. However, their rumored relationship suddenly went silent since Josh Duggar’s CSAM arrest.