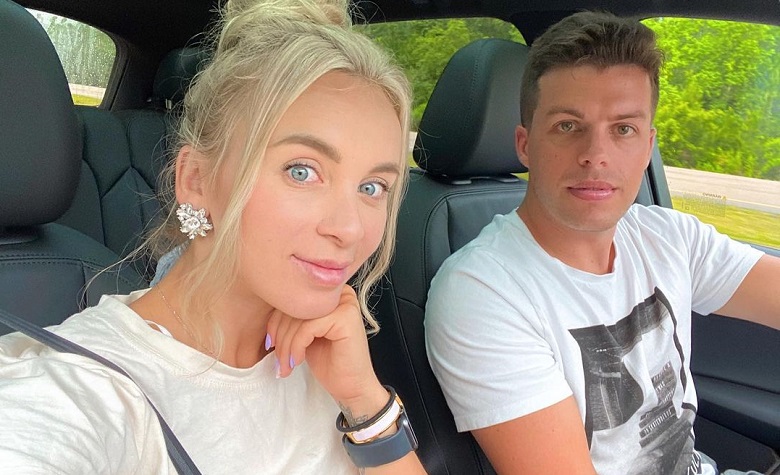 90 Day Fiance stars Jovi Dufren and Yara Zaya have been sharing wholesome updates about their family lately. Apparently, the two have been traveling a lot as they try to find a new place to settle in. Jovi and Yara even celebrated Christmas in Boston, and it seems that their travels won’t stop there. According to the popular TLC couple, they also traveled to Chicago to experience the snow. After that, the two went back to New Orleans to celebrate New Year’s Eve. However, fans didn’t expect their party plans for New Year.

In a social media post, 90 Day Fiance star Yara Zaya shared pictures and clips from her New Year’s Eve celebration with Jovi Dufren. However, instead of sharing wholesome moments with Jovi and Mylah, Yara surprises the fans after partying hard with her husband. One of the clips shows Jovi opening a bottle of champagne. Yara also shared a clip of her drinking a lot as they enjoy New Year’s Eve with their friends. Mylah wasn’t with them during the party and fans think that they left her with Jovi’s mother, Gwen.

After partying hard with her husband, Jovi Dufren, 90 Day Fiance star Yara Zaya shared an update the next morning about how difficult it is to start the day with a hangover. Yara also recalled that she was a bit rude to the people at the hostel and she felt so ashamed about herself. After that, Yara shared a clip of her ordering lunch at a local restaurant and shares more details about her experience being drunk. According to Yara, her New Year’s Eve party with Jovi may be the only time that she got extremely drunk from alcohol. She also said that she might not do it again as she’s never a big fan of alcohol in the first place.

90 Day Fiance: Yara Zaya Had A Blast In Chicago

In a social media post, 90 Day Fiance star Yara Zaya revealed that she had so much fun in Chicago, especially with its cold weather. “I don’t know why this cold weather makes me so happy. I was so happy to see the snow y’all can’t imagine,” Yara said. Fans also encouraged Yara to stay in Chicago with her family for good. However, some are doubting that the two will choose Chicago as their next home as Jovi was never a big fan of snow.

At this point, Jovi and Yara have yet to share where they would settle next. However, fans are showing their support wherever the two end up. Meanwhile, fans are also hoping that Jovi and Yara will stick around the franchise and receive more spinoffs in the future.