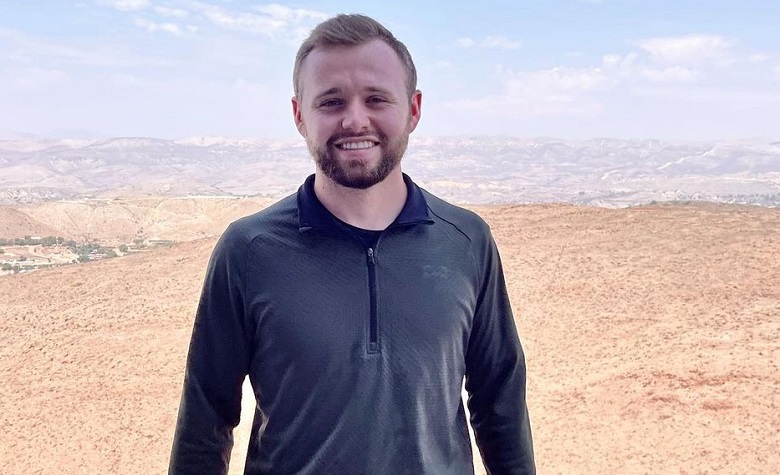 Counting On fans have noticed a pretty strong bond forming between Jason Duggar and Hilary Spivey. While some find the bond to be sweet of her, others find it to be a bit cringy. Is she trying to replace Michelle Duggar?

Fans have seen Jason Duggar bonding with his siblings from time to time. However, some also noticed that he also spends so much time with Hilary Spivey, who’s a long-time family friend of the Duggars. Apparently, Hilary is the mother of Claire Spivey, who Justin Duggar married earlier this year. However, some think that this is not the only reason why Jason spends so much time with the Spiveys.

Is there an alternative motive behind the bond?

Counting On: Why Is Jason Duggar Always With Hilary Spivey?

Counting On fans took Reddit to discuss the possible reasons behind Jason Duggar’s frequent visits to Hilary Spivey. According to some, Jason is not just visiting because Hilary’s daughter married her brother, but also wants to feel the love of having a mother.

“I think those kids need a ‘Mom’ since Michelle can’t do it. So the kids flock to her,” one person said.

“I suspect his parents also ‘forget there even is a Jason’ and also don’t know too much about him. I hope the Spiveys are helping him feel cared about,” another person added.

Meanwhile, some said that Hilary has been so close to the Duggar kids ever since. Others even said that Hilary knows how hard it is for Michelle to take care of 19 kids, which is why she was always there for Jason and his other siblings when they need a mother’s love.

Are Michelle & Jim Bob Lacking Attention To Their Older Kids?

Counting On fans have been keeping their eyes close to Jim Bob Duggar and Michelle Duggar for years. Some noticed that the two are focusing more on their younger kids. However, the older ones like Jana Duggar and Jason Duggar often get left out.

At this point, Jim Bob and Michelle have been traveling with their younger kids. Jason and Jana weren’t with their parents during their recent travels as well. Instead, they traveled to Los Angeles to visit their sister, Jinger Duggar.

Counting On: Is Jason Duggar Courting A Spivey?

Aside from trying to feel a mother’s love, Counting On fans from Reddit also think that Jason Duggar is trying to court one of Hilary Spivey’s daughters. Apparently, it all started when Jason visited the Spiveys by himself.

According to some, Hilary may be trying to prepare one of her daughters to date Jason. However, Hilary quickly shut down the rumors and said that her girls are too young to enter a relationship.

At this point, Jason has yet to share if he’s courting someone. However, fans think that he’s ready to settle down and it’s only a matter of time before he finds the right woman.