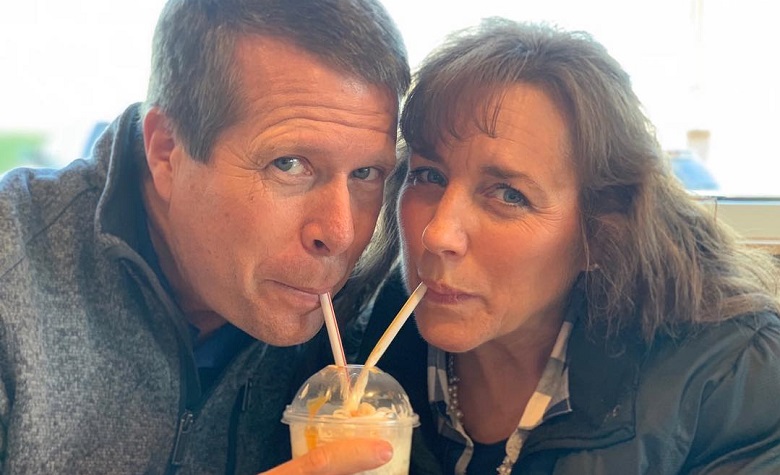 Counting On fans have been noticing that Jim Bob Duggar and Michelle Duggar have been trying their best to do fun activities with the kids. Most of the time, the two bring their kids to different places. At one point, Jim Bob and Michelle gathered their kids to have fun in a corn maze. However, fans find it odd as the Duggars barely shared any clips or pictures about how they celebrated Michelle’s birthday weeks ago. Now, Jim Bob and Michelle are back to share that the family traveled again. This time, they went to South Dakota.

In a social media post, Counting On star Michelle Duggar shared a picture from their recent family outing in South Dakota. “One of the things I love most is making memories with our kids! We are on a family trip with our 6 youngest, visiting some historic locations across the US, and learning a lot on the way!” Michelle said. After that, Michelle said that they’re planning to make their travels a regular thing in the family. Michelle also told the fans that they visited historical places around South Dakota and they’re looking forward to visiting more historical places soon.

Aside from their recent trip to South Dakota, Counting On star Michelle Duggar also shared that the family traveled to Farmland Adventures in Arkansas. According to Michelle, the kids played at a corn maze, which has been their tradition for years. Family gatherings are also one of Jim Bob Duggar’s ways to get his big family closer. However, fans noticed that Anna Duggar wasn’t with them during their recent trips. According to reports, Anna is blaming the Duggars for Josh Duggar’s arrest. It’s also reported that she’s been staying more often in Josh’s guardians with her kids.

Counting On fans have been keeping their eyes close to the Duggars since Josh Duggar’s child pornography arrest. However, fans have seen nothing but the big smiles of the Duggars from their recent activities. According to some, it’s one of their ways to keep everyone strong in the family amid all the problems. Meanwhile, some think that they’re just pretending to be happy, especially after an insider claimed that they’re actually falling apart.

Jim Bob and Michelle have yet to open up about the current status of their disgraced son. However, reports claimed that Josh and his lawyers have been taking action to defend his case. It also appears that the family will remain silent about the topic as they continue to wait for Josh’s trials in November.