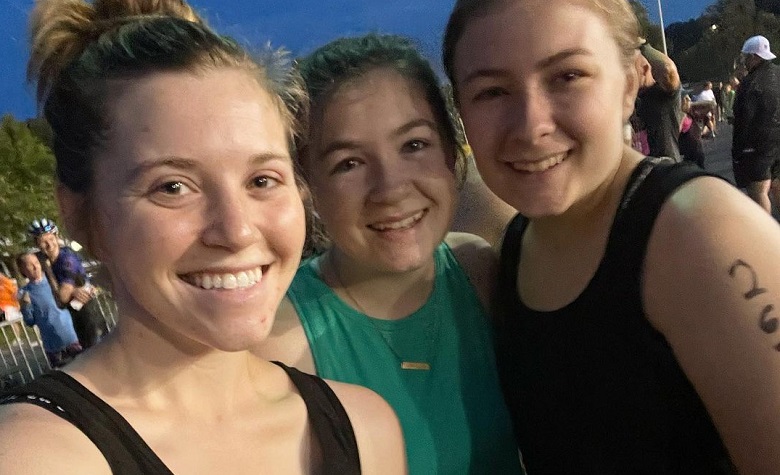 Counting On star Joy-Anna Duggar has been sharing pictures from their recent family activities. At one point, Joy-Anna shared pictures from their family golf day. Joy-Anna has been into sports lately. Aside from golfing, Joy-Anna and some of her siblings compete in the same season of softball. Now, Joy-Anna is back to show how active she’s been lately. Apparently, Joy-Anna finished a massive sports event and fans are loving it.

In a social media post, Counting On star Joy-Anna Duggar revealed that she completed a triathlon. According to Joy-Anna, she’s been training for the triathlon over the past few months and it all paid off well. Joy-Anna also shared an encouraging story about how she was able to compete in the massive sports event. “I’ve realized that I tend to put myself in a box, thinking “I could never do that”, “only athletic people can accomplish that”, etc,” Joy-Anna said. “But, it is incredible what some determination, encouragement and setting goals can do!” she added.

Joy-Anna even revealed that she couldn’t even swim forward and run for at least a minute months ago. Due to this, completing a triathlon is a huge achievement. “All of that to say, what are some things that you have wanted to do that you keep telling yourself that you can’t? Find some people to do it with, set goals, and be consistent!” she added. Joy-Anna also said that she finished the run with her two nieces. “So thankful I was able to cross the finish line with two of my awesome nieces! 400-meter swim, 13 miles of biking, and a 5K run!” Joy-Anna said.

Joy-Anna Has Been Physically Active Lately

Aside from her triathlon, Counting On star Joy-Anna Duggar has more upcoming games in their seasonal softball. Apparently, Joy-Anna and Austin Forsyth already won their first softball game. Fans are also hoping that they’ll share more clips and pictures from their games. Joy-Anna’s love for sports has inspired not just her fans, but also her siblings. Jill Duggar even took Joy-Anna’s recent post about her triathlon to say that she’s inspired by her dedication. Fans also left tons of positive comments praising Joy-Anna for showing off a good example of a healthy lifestyle.

Aside from their recent physical activities, Counting On stars Joy-Anna Duggar and Austin Forsyth are also in the middle of a huge project. Apparently, the two are renovating a huge RV that they recently bought. The RV was last seen being painted by Austin and Joy-Anna. Since then, the two have yet to share any updates. However, fans already expect Joy-Anna to throw some updates from time to time, especially now that she’s done with her triathlon.