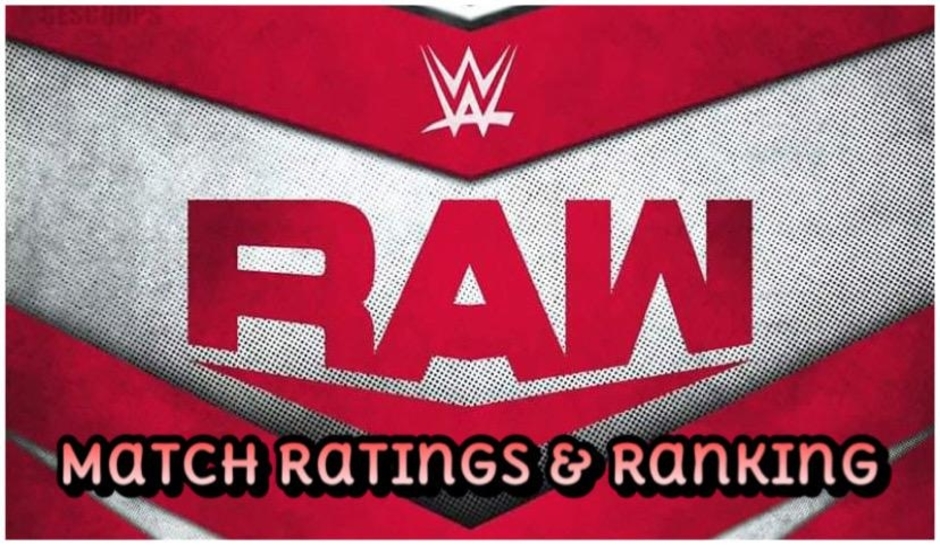 WWE Money in the Bank is less than one week away as live fans are brought back for the first time to the WWE Universe. On Monday Night Raw, Xavier Woods gets a shot at Bobby Lashley in a non-title match. Rhea Ripley takes on Natalya, while Ricochet and John Morrison clash in a Falls Count Anywhere match.

Every match on WWE Raw will include highlight moments from the match and a final analysis. Each match will be given a star rating and be ranked from worst to best.

7) Sheamus d. Humberto Carrillo
Highlight Moment: Earlier in the night, Humberto was attacked by Sheamus who targeted the leg.

Match Finish: Unable to stand, the match starts and finishes after a Sheamus Brogue Kick.

6) Omos d. Erik
Highlight Moment: Omos tosses Erik out of the corner but then misses an avalanche splash in the corner. Erik charges with elbows until Omos knocks him down with a stuff closeline.

Match Finish: Erik bounces off the ropes repeatedly but runs into a stiff Omos. Styles screams at Omos to finish him as he grabs Erick and hits the double arm chokeslam for the win.

Final Analysis: A predictable finish in a nothing match. Take a Pass. *

5) Ivar d. AJ Styles
Highlight Moment: Ivar hits a crushing bronco buster in the corner onto AJ. Ivar is distracted by Omos allowing Styles to hit a dropkick to his head to gain the advantage.

Match Finish: Ivar bounces off the ropes with a crossbody but AJ rolls through. Ivar cartwheels away and hits a closeline to Styles that gets a 2 count. Cover for 1..2…NO!!!! Styles attempts a sunset flip but Ivar counters with a sitdown splash for the win.

Final Analysis: This was quick and easy to sit through but forgettable of course. Skim It. **

4) Non-Title Match: Xavier Woods d. Bobby Lashley
Highlight Moment: Bobby Lashley tosses Xavier Woods out of the ring early on with a gorilla press. Woods is able to get his revenge with a flipping plancha over the rope to take out Lashley in front of the announce table.

Match Finish: Woods heads to the top rope and hits a missile dropkick that gets a two-count on Lashley. Woods attempts a crossface but Lashley powers out of hit and connects with a sidewalk slam. Lashley then goes for a spear but Woods is able to sidestep and roll him up for the upset win.

Final Analysis: Decent enough action but it’s a head-scratching decision to have Lashley lose clean twice within the last two months on WWE Raw. Skim It. **1/4

3) Rhea Ripley d. Natalya
Highlight Moment: Natalya is able to counter an armbar with a nip-up and a quick roll-up for two. Ripley makes a comeback with a near fall of her own after a Northern Lights Suplex.

Match Finish: Natalya goes for the sharpshooter but Ripley rolls through to break it up. Ripley charges and hits a stiff kick and the Riptide for the win. After the match, Charlotte runs to the ring and takes out Ripley.

Final Analysis: Solid match that leads into the title match at WWE Money in the Bank. Skim It. **1/2

2) Nikki A.S.H. d. Alexa Bliss, Asuka, and Naomi
Highlight Moment: Naomi hits a dropkick to Nikki Cross to start things off. Eva Marie and Doudrop head to the ring to check out the action. Bliss hits a DDT on Asuka that gets a near fall before locking eyes with Doudrop. Bliss heads to the outside to confront Doudrop but is attacked after an altercation with Eva Marie.

Match Finish: Nikki Cross leaps from the top rope with a crossbody onto Asuka but only gets a two-count after Naomi breaks it up. Naomi gets thrown to the apron and eats a codebreaker by Asuka after trying to reenter. Back inside the ring, Asuka attempts the Asuka Lock on Cross. Cross is able to roll out and counter with a leg scissors for a 3-count!

Final Analysis: The main roster women’s division has been very hit or miss over the last year, but this was a solid match that kept things interesting. Worth a Watch. ***

Match Finish: Ricochet knocks Morrison off the apron onto a ladder set up on the outside. Ricochet jumps off the top rope and puts Morrison through the ladder for the win.

Final Analysis: One of the best spot fests on TV in a long time. Both men work well together and this checked the boxes for the type of match they were going for. Must-Watch. ****1/4