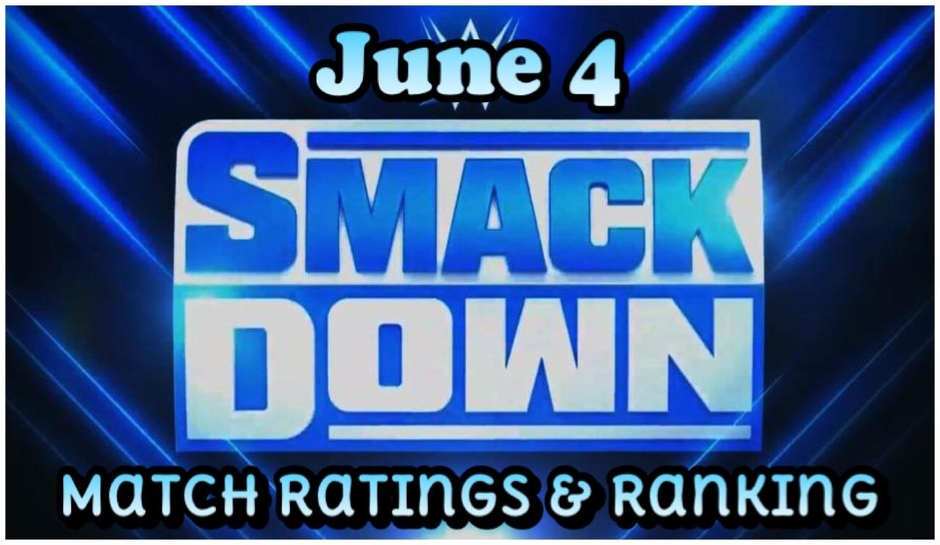 Every match on WWE Smackdown will include a highlights moment, what the storyline progression is, and a final analysis. Each match will be given a star rating and be ranked from worst to best.

5) Carmella d. Liv Morgan
Highlight Moment: The action quickly heads to the outside of the ring as Liv Morgan whips Carmella into the barricade. Back in the ring, Morgan hits a backbreaker followed by a running knee for a two-count. Carmella makes a comeback and gets the win with the Code of Silence.

Storyline Progression: Carmella is looking to reestablish herself on WWE Smackdown. Liv Morgan is treading water and just used as filler.

Final Analysis: Quick and useless. Nothing to see here. Take a Pass. DUD.

4) King Corbin d. Shinsuke Nakamura
Highlight Moment: Rick Boogs plays Shinsuke Nakamura to the ring. Nakamura gets the early advantage before Corbin heads outside to lay out Boots with a stiff closeline. Back inside, Corbin is able to roll up Nakamura for the win. After the match, Boogs trips up Corbin allowing Nakamura to recapture the crown.

Storyline Progression: Last month, Nakamura was defeated by King Corbin but then stole his crown. Ever since Nakamura has been mocking Corbin which led to their match on WWE Smackdown.

Final Analysis: Too quick to be anything as it’s strictly a storyline advancement. Take a Pass. *

3) WWE Smackdown Tag Team Title Match: Rey Mysterio and Dominik Mysterio d. The Usos
Highlight Moment: The Usos once again get on the offensive before the commercial break, continuing it on the other side of the break. Mysterio heads up with a hurricanrana from the top rope followed by a 619. Roman Reigns runs into the ring to cause the DQ and beats down both Rey and Dominik Mysterio.

Storyline Progression: A rematch was quickly ordered after the referee’s mistake in the first match.

Final Analysis: Decent while it lasted, but this was more about getting the angle over of Roman Reigns being the Head of the Table. Skim It. **1/2

2) WWE Smackdown Tag Team Title Match: Rey Mysterio and Dominik Mysterio d. The Usos (Match 1)
Highlight Moment: The Mysterios get on the advantage early on, including Dominik powerbombing his dad Rey onto Jimmy for a two count. The Usos get knocked to the outside, and after Rey attempts a baseball slide under the rope to the outside, Jey Uso catches him and hits a Samoan Drop onto the announce table. Rey makes a hot tag to Dominik who takes out both Usos with a suicide dive to the outside. Back inside, Dominick gets cut off by Jimmy but is able to nail a tornado DDT for a near fall.

Dominick pulls the ropes down as the Usos charged and head over the top rope. Rey takes outside Jimmy with a senton while Dominik runs into a superkick backside inside. Jey heads up to the top rope for a big splash but Dominik gets the knees up and a roll-up gets the win. Michael Cole on commentary points out that Jey got his shoulder up and the referee incorrectly counted to three.

Storyline Progression: The Usos were looking to prove to Roman Reigns that they are more than just the second fiddle in the family. Rey Mysterio and his son Dominik won the tag titles just last month and were looking to successfully defend their championship.

Final Analysis: Fun match as both teams seem to have some good chemistry together. With the way this match ended, it looks like a rematch isn’t too far away. Worth a Watch. ***1/4

1) Intercontinental Title Match: Cedric Alexander d. Kevin Owens
Highlight Moment: Kevin Owens limps to ringside after getting attacked by Azeez in the locker room. Cedric Alexander beats down Owens for the early part of the match, working over his ribs in the process. Alexander is knocked to the outside, but as Owens bounces off the ropes his ribs give out and he crumbles to the mat. Alexander pulls him to the outside and hits a back suplex before the commercial. Back from the break as Alexander continues his attack, getting a two-count after a German suplex. Owens makes a comeback, hitting a German suplex of his own. Kevin Owens then heads up top for a Swanton but lands across Alexander’s knees.

Kevin Owens makes another comeback with a superkick and a pop-up powerbomb for a near fall. Alexander catches Owens up top and connects with a Death Valley Driver on the apron which is enough for a three-count back in the ring. After the match, Sami Zayn runs down to the ring to lay the boots in on Owens.

Storyline Progression: Azeez was banned from ringside after his recent involvement, but that didn’t stop him from attacking Kevin Owens in the locker room.

Final Analysis: Really good match between these two, especially sticking with the story of Owen’s hurt ribs. It’s the little things like selling that make a big difference. Worth a Watch. ***1/2