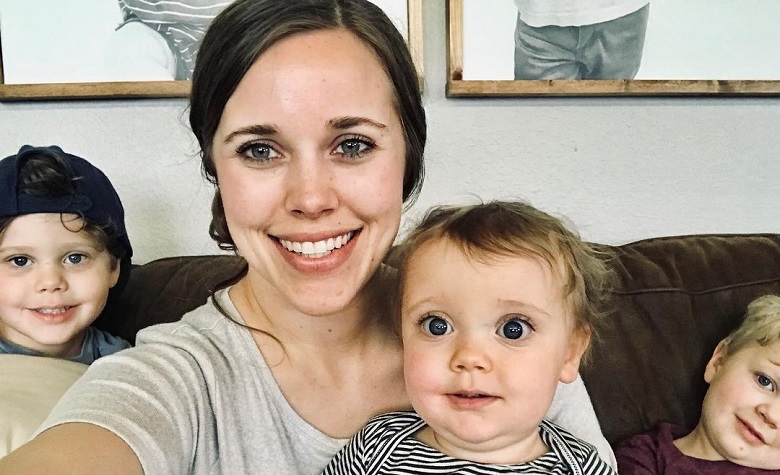 Counting On star Jessa Duggar is known for being one of the most creative daughters of Jim Bob Duggar. Jessa has impressed many due to her DIY videos. Now, Jessa shared her creativity once again. However, this time, she shares how she celebrated the 2nd birthday of her daughter, Ivy. It’s known that Ivy’s birthday has already passed a few days ago. However, Jessa shared a video on how they prepared for the week leading up to Ivy’s birthday.

In a YouTube post, Counting On star Jessa Duggar shared a video of how they celebrated Ivy’s birthday one week before the big day. “We spread out the celebration by giving the birthday person a present a day in the week leading up to their birthday!” Jessa captioned. During the video, Jessa gave presents to Ivy on each day up until her birthday. Jessa also shared Ivy’s reaction to each of her gifts and she loved it so much. The first gift of Jessa was a box of kids’ books. Jessa’s sons, Henry and Spurgeon, loved the books as well and helped their little sister read. A day later, Jessa gave a stroller to Ivy for her dolls. After that, Jessa gave Ivy several dresses for her dolls. Jessa’s fourth-day gift to Ivy is a purple princess dress. In the next few days up until Ivy’s birthday, Jessa gave her more books, a mini-double-bed for her dolls, and a pink helmet.

In a social media post, Counting On star Jessa Duggar shared a clip of Ivy explaining that she’s now a grown-up as she finally became 2-years-old. “So much personality in this tiny human! Happy birthday, sweet girl!” Jessa captioned. Ivy’s cuteness also caught the attention of Jessa’s estranged sister, Jill Duggar. According to Jill, Ivy sounds a lot like her mother. Meanwhile, it appears that Jessa did not celebrate with the Duggar family as they follow social distancing due to the Covid-19 pandemic.

Counting On: Jessa Duggar Impresses Fans With Her Parenting Style

Counting On star Jessa Duggar impressed the fans in her recent video post about celebrating Ivy’s birthday for a week. “Well done, parents. Your kids are so well-spoken and well-behaved,” one fan said. “I really think Jessa is an amazing mum,” another fan added. Meanwhile, fans think that Ivy’s vocabulary is impressive for a 2-year-old. Some even said that the three kids are Jessa’s clones and they can’t wait for the fourth one to arrive.