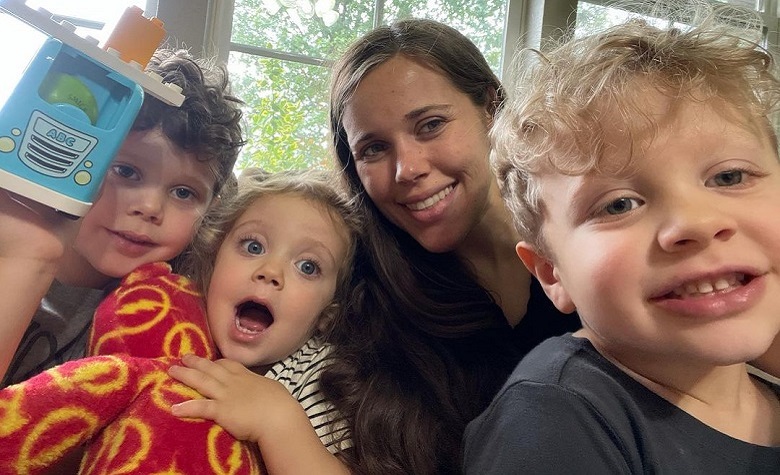 Counting On star Jessa Duggar celebrates the 2nd birthday of her daughter, Ivy, by sharing a wholesome clip. The clip also left the fans in awe as Ivy tried her best to talk to her parents about how she’s now a grown-up. Meanwhile, Jessa’s husband, Ben Seewald, shared a wholesome story of how Ivy wanted to celebrate her birthday. The family also went out for a quick walk while Ivy wears her adorable princess dress.

In a social media post, Counting On star Jessa Duggar shared a short clip of Ivy as she celebrates her 2nd birthday. “Ivy Jane: “I’m two and five and a grownup.” Haha!” Jessa captioned. “So much personality in this tiny human! Happy birthday, sweet girl!” she added. Ivy also said that she’s now a sister, which is why she thinks she’s a grown-up. Later in the clip, Ivy changed the topic in a hilarious way as she said that she’s a parrot. After that, Ivy started mimicking a parrot’s noise while Jessa and Ben Seewald can’t help but laugh. This wasn’t the first time Ivy left the fans in awe with her cuteness. At one point, Jessa shared a clip of Ivy trying her best to sing while they’re in a car.

Ivy Wants To Make Pancakes For Her Birthday

In a social media post, Counting On star Ben Seewald, who recently celebrated his birthday, shared several pictures from Ivy’s 2nd birthday celebration. One of the pictures shows Ivy mixing pancakes.”The princess wanted pancakes for dinner, and also a stroll to pick some honeysuckle,” Ben captioned. “A perfect way to spend a birthday evening!” he added. Ben also shared pictures of the kids as they pick some honeysuckles outside. After that, Jessa recorded her two sons riding bicycles while Ivy had to be carried by her father.

Counting On: The Duggars Are Also Celebrating Another Birthday

Aside from Ivy’s birthday, Counting On star Jessa Duggar and the rest of the Duggars are also celebrating their late grandmother’s birthday. Apparently, Mary Duggar would have turned 80 today. Unfortunately, she passed away in a tragic death at the age of 78 after she accidentally drowned in a swimming pool. Several members of the Duggar family already shared their birthday greetings to their late grandmother. One of them is Jill Duggar, who celebrated her grandmother’s birthday by bonding with her cousin Amy King.

Amy also shared a lengthy message talking about her late grandmother. Another Duggar who shared sweet birthday greetings to Mary is Jinger Duggar. According to Jinger, Mary’s birthday will always be a special day for her. Jinger also said that she misses her grandmother so much. Meanwhile, Jim Bob Duggar and Michelle Duggar shared a picture of Mary as they celebrate her birthday.