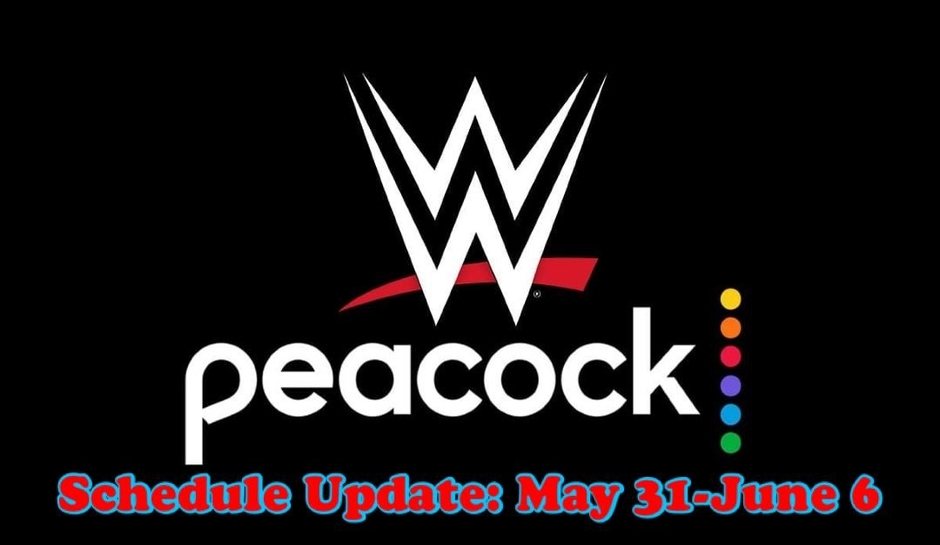 The WWE Network schedule has just dropped as the WWE Universe marches towards the WWE Hell in the Cell PPV. WWE NXT and NXT UK release new shows, the top 50 tag team countdown begins, and a new independent wrestling drop.

Raw Talk– 11:05 p.m. EST-
After watching Monday Night Raw, the live post-game show will be available on the WWE Network via Peacock.

Who are you most excited to see tonight on #RAWTalk?

Watch it all NOW on @peacockTV. pic.twitter.com/4ujOyjvmwC

Wednesday, June 2
Monday Night Raw (5/3/21)-
If you need to catch up on older episodes of Monda Night Raw, the May 3rd episode of WWE Raw will be on-demand on the network.

WWE’s The Bump– 10 a.m. EST-
The weekly talk show on the WWE Network will be live as a panel of guests join the hosts of The Bump.

#WWE50GreatestTagTeams, #MizAndMrs Season 2 and more are streaming your way this week, exclusively on @peacocktv in the U.S. and on WWE Network everywhere else.

WWE NXT (6/1/21)-
The most recent episode of WWE NXT is available on the WWE Network. Johnny Gargano, Kyle O’Reilly, and Pete Dunne battle for a shot at the NXT Title in a Triple Threat Match. MSK defends their tag team titles against Legado Del Fantasma.

Thursday, June 3
Miz & Mrs. Season 2-
Watch the entire second season of Miz & Mrs. as The Miz and Maryse pull back the curtain of their lives.

NXT UK-
The best stars of the United Kingdom come together for the hottest action on NXT UK.

Saturday, June 5
WWE Main Event (5/20/21)-
Give WWE Main Event a shot to check on the superstars who don’t often see action in the ring on WWE Raw or WWE Smackdown.

Talking Smack-
The post-game show for Friday Night Smackdown will be available in the form of Talking Smack.

Available NOW exclusively on @peacockTV in the U.S. and WWE Network everywhere else! @InsaneChampWres @wXwGermany pic.twitter.com/fsiSXaKPA6

Independent Drop-
Some of the best action outside of the WWE Universe can be seen in the form of ICW Fight Club 174 and PROGRESS Chapter 112.

Sunday, June 6
Friday Night SmackDown (5/7/21)-
The May 7th edition of WWE Smackdown can be seen on-demand on the WWE Network