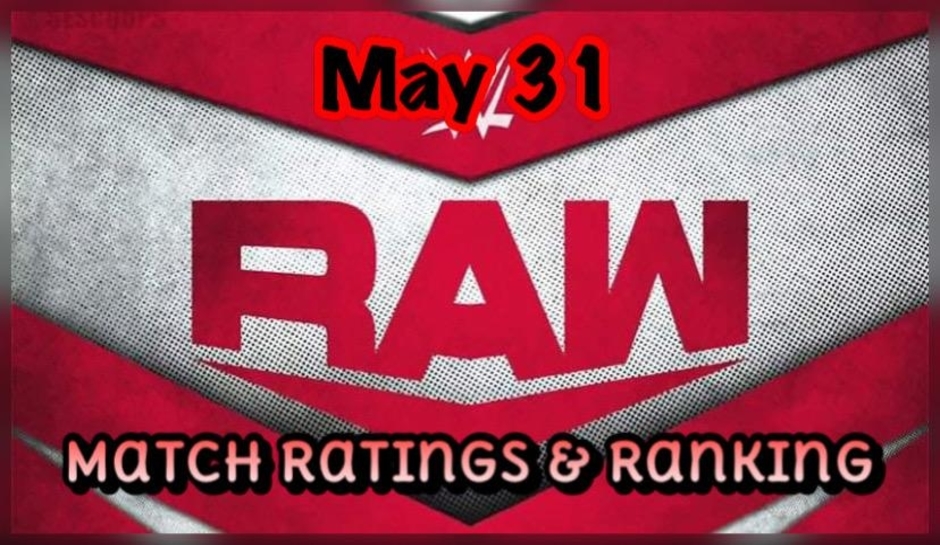 WWE Raw is charging ahead to the Hell the the Cell  PPV. Drew McIntyre and Kofi Kingston battle for a shot at Bobby Lashley’s WWE Championship. Randy Orton goes one on one with New Day’s Xavier Woods, with Sheamus issuing another open challenge.

WWE Raw: Beat the Clock, Round 2

8) Beat the Clock 2 Minute Challenge: Nikki Cross d. Charlotte
Highlight Moment: Nikki Cross plays keep-away in an attempt to run out the clock. By the time Charlotte gets her hands on Cross, there are less than 45 seconds remaining. Cross hits a Tornado DDT but Charollete shakes it off and goes for the figure four only for time to expire.

Storyline Progression: Last week on WWE Raw, Rhea Ripley was unable to defeat Nikki Cross in under two minutes. The Beat the Clock challenge returned, but this time it was Charlotte who was put to the task against Cross.

7) Shayna Baszler d. Reginald
Highlight Moment: Reginald jumps to the offense quickly with a body slam before falling victim to a beat down. Baszler continues her offense until Reginald makes a brief comeback and heads up to the top rope. Reginald misses a top rope moonsault but lands on his feet while appearing to tweak his knee. Baszler moves to put on a submission before pyro explodes from the corner allowing Reginald to roll her up for the surprise win.

Storyline Progression: After Reginald contributed to the loss of the WWE Women’s Tag Team Titles, Shayna Baszler had enough and issued a challenge.

Final Analysis: Not much to see her. Just a silly match to add to the mind games of Alexa Bliss towards Baszler. Take a Pass. DUD.

6) Dana Brookes and Mandy Rose d. Naomi and Lana
Highlight Moment: Naomi and Lana outwrestle Dana Brookes with a series of chain wrestling and counter moves. Naomi hits an awkward TKO before taking out Mandy Rose with a 360 slingshot plancha. Lana and Brooke botch a roll-up in the ring before Rose heads back in. Rose and Brookes hit the Samoan Drop-Blockbuster combo for the win.

Storyline Progression: The women’s tag team division has been plodding along for some time now with no real energy.

Final Analysis: I can say this much, all four women tried hard. There were a few nice spots and also a few botches. Not much to see here, but I’ve seen much worse. Take a Pass. *1/2.

5) AJ Styles and Omos d. Jaxson Ryker and Elias
Highlight Moment: Jaxson Ryker and Elias jump on the offense early on, keeping AJ Styles in the corner. Styles makes a comeback before heading to the commercial. Back from the break as the tide has returned to Ryker who keeps Styles grounded. Elias refuses the tag as Styles tags Omos who takes out Styker with a slaw hold and a corner attack. Styles makes the tag and gets the win after the Phenomenal Foreman.

Storyline Progression: Elias and Jaxson Ryker have been pushing for a title shot, and they finally got it on WWE Raw.

Final Analysis: Pretty bland but the good news is that Elias and Ryker seem to be done as a team. Neither man has much going for them at all. Take a Pass. *1/2

4) Mace and T-Bar d. Lucha House Party (Gran Metalik and Lince Dorado)
Highlight Moment: T-Bar charges quick at Lince Dorado but the Lucha House Party make quick tags, including hitting an elevated splash for a two-count. Mace gets the tag as along with T-Bar are able to use their strength to keep the action in their corner. Dorado attempts a suicide dive onto Mace on the outside but is caught in a Bossman slam. Back inside, T-Bar hits a big boot onto Metalik before a double team chokeslam puts an end to it.

Storyline Progression: T-Bar and Mace have been looking for purpose ever since the implosion of Retribution. After their attempt to take out Drew McIntyre failed, their eyes turned to the Lucha House Party.

Final Analysis: Quick and inoffensive. Hopefully, they get a rematch down the road with some more time. A step above a squash for this one. Take a Pass. *1/2

3) Ricochet d. Sheamus
Highlight Moment: Ricochet is able to avoid an attack from Sheamus as the action spills to the outside. Sheamus catches Ricochet and hits a fallaway slam to the barricade. Sheamus hits a top rope double axe handle before Humrito heads to ringside. The distraction to Sheamus is enough for Ricochet to get the quick upset win.

Humberto Carillo d. Sheamus
Highlight Moment: Sheamus beats down Humberto from the start, including hitting a rock bottom-backbreaker combo. Sheamus connects with a stiff closeline before going to a chin lock. Humberto makes a comeback, hitting a spin kick and a dropkick that busts open Sheamus’ nose. Sheamus counters a monkey flip and closelines Humberto to the floor before clocking Ricochet. Back in the ring, Sheamus catches Humberto flying from the top with a spinning slam. Ricochet serves as a distraction allowing Humberto to roll up
Sheamus for another upset victory.

Storyline Progression: Sheamus has been issuing open challenges but they haven’t gone too well as of late. Humberto and Ricochet have become a thorn in the side of the US champion, as Sheamus looks to even the odds.

Final Analysis: Neither match went too long to get going, back as a combo it was pretty fun. The busted nose and blood really make things seem a bigger deal than it is and should be something that is carried over to the live crowd. Skim It. **

2) Randy Orton d. Xavier Woods
Highlight Moment: After a brief exchange, the match heads to the outside where Randy Orton slams Xavier Woods’ head onto the announce table. Orton connects with a back suplex onto the table as we head to the commercial. Back from the breaks as Woods breaks free from a headlock to nail an Enziguri. Both men get back to their feet with Woods landing a roaring elbow before hitting a low-angle flatliner for a two-count. Woods goes back to the offense and avoids an RKO but falls victim to a Bro Derrick from Orton for the win.

Storyline Progression: On last week’s WWE Raw, Riddle defeated Kofi Kingston with the RKO. Their respective had a shot to go at on this week’s show.

Final Analysis: Fun match for the time it was given. Expect a tag match between the two at the upcoming Hell in the Cell PPV. Skim It. **1/2

1) Drew McIntyre d. Kofi Kingston
Highlight Moment: Drew McIntyre charges Kofi Kingston into the corner using his power to gain the quick advantage. Kingston is able to turn the tables as the action heads outside. Kingston bounces off the ropes with a Kofi Drop onto McIntyre before the break. Back from the break and McIntyre is back on the offensive with a Glasgow Kiss and a verticle suplex for a two count. Kingston is able to make a comeback with a roll-up for a two-count before hitting a slingshot splash. Kingston bounces off the ropes but lands in a belly-to-belly suplex by McIntyre. Back outside the ring, McIntyre catches Kingston again in a belly to belly but this time over the barricade before the next commercial.

Drew McIntyre hits a tilt-a-whirl backbreaker for a two-count upon return from commercial. McIntyre heads up top but Kingston reversed with a powerbomb before hitting a second-rope kick. McIntyre fights off the attack from Kingston and hits a tornado future shock DDT. The action goes back and forth before Kingston leaps off the top rope but eats a claymore big boot to the face to call it a night. After the match, Bobby Lashley appears on the entrance ramp and has a stare-down with McIntyre.

Storyline Progression: With their match ending in a no-contest last week, Drew McIntyre and Kofi Kingston were given a second chance to earn a shot at the WWE Title.

Final Analysis: Great main event to end WWE Raw. Both men are at the top of their games so it’s not a suprise to have them put on a clinic. Must-Watch. ****1/4