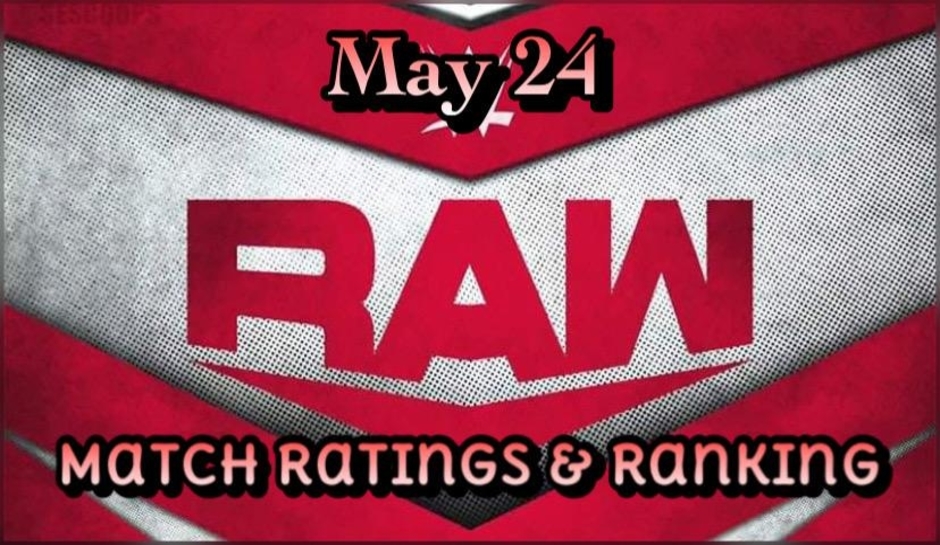 WWE Hell in the Cell is just weeks away and the superstars of WWE Raw are fighting for a shot on the event. Drew McIntyre went one on one with Kofi Kingston in a number one contender’s match.

8) WWE Women’s Tag Team Title Match: Natalya and Tamina d. Nia Jax and Shayna Baszler
Highlight Moment: Ground action to start as Shayna Baszler gets the better of her exchange with Natalya. Reginald heads to ringside as we go to a commercial. Back from the break and Natalya breaks free to hot tag Tamina. Tamina and Nia go at it in one of the most embarrassing and amateur exchanges I’ve seen in some time. The match falls apart into a sloppy mess before Reginald is apparently hit with pyro on the entrance ramp allowing Natalya to roll up Baszler for the win. After the match, Baszler challenges Reginald to a match on next week’s Monday Night Raw.

Storyline Progression: The Women’s tag division on the main roster continues to be an embarrassment. There’s no traction or anything of interest with these teams and it just gets worse. What’s the story here? Who knows and who cares, right? Reginald is Nia Jax’s “friend,” but it’s implied they are dating even though Reginald is booked in a way that doesn’t make that believable.

Final Analysis: One of the worst WWE Raw main events in history. This match did one thing at least, it created a new rating for these reviews. Run for the Hills. DUD.

7) Beat the Clock Challenge: Nikki Cross d. Rhea Ripley
Highlight Moment: Nikki Cross comes out strong to surprise Rhea Ripley with her offense. Ripley is able to cut Cross off and gain control. During a beatdown in the corner, Ripley loses focus and the two-minute time limit expires giving Cross the win. After the match, Charlotte comes down to ringside for her upcoming match, laughing at Ripley in the process.

Final Analysis: Not much of a match as it was done to move along the Charolotte and Ripley sorry line. Take a Pass. [NR]

6) Jaxson Ryker d. AJ Styles
Highlight Moment: AJ Styles starts off quick with a dropkick to Jaxson Ryker followed by a closeline in the corner that gets a two-count. Ryker gains a brief advantage before the action heads outside. As Styles attempts to return to the ring, Elias blindsides him allowing Ryker to get the cheap victory. After the match, Omos appears and runs off both men.

Storyline Progression: Jaxson Ryker and Elias have been pushing for a title shot against AJ Styles and Omos. Ryker got his shot to send a message to the WWE Raw Tag Team champions.

Final Analysis: Not much worth seeing here. Just a filler match to kill time before their tag match. Take a Pass. *1/2

5) Sheamus d. Humberto Carrillo
Highlight Moment: Sheamus dominates the start of the match until Carrillo hits a dropkick and a suicide dive. Back inside, Carrillo gets a two-count after a top rope back elbow. Carrillo goes for a pin but Sheamus sits forward and grabs the tights to get the win. After the match, Sheamus attacks Carrillo until Ricochet makes the save as both men layout the champion with a moonsault and a 450 splash.

Storyline Progression: Sheamus continues his role as a bully who makes open challenges. After Carrillo was injured in their last match, he came back looking for revenge.

Final Analysis: The story is already getting old since it’s become a victim of more repetitive booking on WWE Raw. Skim It for the beat down. **

4) Cedric Alexander d. Shelton Benjamin
Highlight Moment: After talking trash prior to the match, Cedric Alexandr spent the early part of the match on the receiving end of a beat down. Both men head to the top rope before Alexander hits an avalanche frankensteiner for a two-count. Benjamin absorbs multiple kicks from Alexander before regaining the advantage with a spinebuster. Multiple German suplexes by Benjamin before Alexander cuts off an attempt at a third before getting the win with a springboard kick.

Storyline Progression: The battle of the former tag team champions continued with Cedric Alexander looking to get a leg up on his former partner.

Final Analysis: Solid match but the constant rematches on WWE Raw cause everything to blend together. If leads to a third match, will we see anything new? Will anyone care? Only time will tell. Worth a Watch. ***

3) Charlotte d. Asuka
Highlight Moment: Chain wrestling between Charollete and Asuka with both women getting their chance to shine. Asuka gains control but is cut off by a Charolette chop block who targets the leg with a series of submissions before the commercial. Back from the break and Charlotte continues to work over Asuka before heading up top for a moonsault. Charlotte misses and lands on her feet before Asuka connects with a German suplex. The action heads outside as Asuka hits a sliding knee before Charlotte throws her into the announce table before another commercial. After the break, Asuka makes another comeback and attempts the Asuka lock, but Charlotte rolls back from the pin and win.

Storyline Progression: With both women looking for a shot at the WWE Raw Women’s title, Charlotte and Asuka did battle on Monday Night Raw.

Final Analysis: Good match as both Charlotte and Asuka have good chemistry together. Worth a Watch. ***1/4

2) Drew McIntyre vs Kofi Kingston
Highlight Moment: Drew McIntyre was able to gain control early on, using his power to overwhelm Kofi Kingston. McIntyre hit a stiff belly-to-belly suplex from the corner before the action spilled outside. Kingston fell victim to even more offense from McIntyre, who hit a reverse Alabama slam on the ring apron. Back in the ring, Kingston gets the brief advantage with a dropkick from the second rope, but McIntyre reversed a suplex into one of his own for a two-count. Kingston connects with a top rope crossbody allowing McIntyre to carry over the momentum to a standing position. McIntyre nails a Michinoku Driver for a near fall prompting Lashley to head to ringside before a commercial. Back from the break and Kingston gets a near fall of his own after a frog splash. Both men continue to brawl until they crash into Lashley at ringside. The champions runs in causing a DQ as Xavier Woods joins in to brawl.

Storyline Progression: Last week, Kofi Kingston got an upset win over Bobby Lashley in a non-title match on last week’s WWE Raw. In response, Kingston was able to earn a title shot but was matched up with Drew McIntyre who himself was also looking for the opportunity.

Final Analysis: Really good match to kick off WWE Raw, though the continued use of screw job or interference to end matches is getting old and repetitive. Worth a Watch ***1/2

1) Riddle d. Xavier Woods
Highlight Moment: Both men get on the advantage until Xavier Woods catapults Riddle into the air to complete a verticle suplex. Woods charges at Riddle who counters with a hurricanrana to the outside of the ring. Both men fight on the apron until Woods hits a death valley driver onto the apron. Back inside and Woods connects with a missile dropkick to a dazed Riddle. The action moves on as Riddle grabs Woods from behind while he was on the apron, pulling him up and landing a stiff German suplex. Riddle goes for a tilt a whirl but Woods is able to escape before walking into an RKO to end the match.

Storyline Progression: Riddle has put his friendship with The New Day on ice in an attempt to get on the right side of his tag partner Randy Orton.

Final Analysis: Legit great match between both men. Riddle’s character is not for everyone, but when he is in the ring and gets serious, he’s one of the best wrestlers on WWE Raw. Worth a Watch. ***3/4