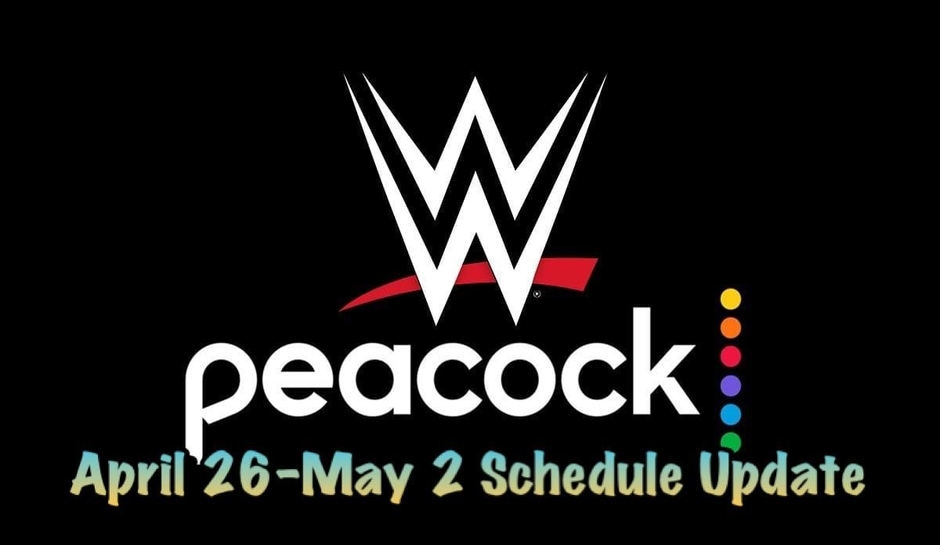 The WWE Network is moving forward towards the Wrestlemania Backlash PPV next month. This week, the network will drop a best of series focusing on Ronda Rousey. This Week in the WWE will catch you up on the best of the WWE Universe. NXT and NXT UK will be in action, as well as Shawn Michael and Diesel getting the spotlight on WWE Untold.

Here's a preview of what's streaming this week on @peacockTV:

Monday, April 26
Raw Talk – 11:05 p.m. EST
On the free version of the WWE Network, fans can check out the WWE Raw post-game show. Raw Talk will look back at all the action from WWE Raw with a panel of guests.

Wednesday, April 28
Monday Night Raw (3/29/21)
If you missed previous episodes of WWE Raw leading into Wrestlemania, the March 29 edition will be on the WWE Network.

WWE’s The Bump: 10 a.m. EST
Charlotte Flair, AJ Styles & Omos, Natalya & Tamina and Franky Monet join the panel of WWE’s The Bump to discuss everything in the WWE.

WWE NXT (4/27/21)
For those who missed out on WWE NXT, the newest episode of the black and gold brand will be on-demand.

Friday, April 30
205 Live – 10 p.m. EST
The best cruiserweight action in the WWE will be spotlighted by 205 Live immediately after Friday Night Smackdown.

Saturday, April 24
WWE Main Event- (4/15/21)
For those looking to check out superstars not often seen on Monday Night Raw or Friday Night Smackdown, give WWE Main Event a shot.

Talking Smack-
The Friday Night Smackdown post-game show will be on-demand on the WWE Network in the form of Talking Smack.

Independent Drop- 12 p.m. EST
For those looking for action outside the WWE Universe, ICW Fight Club 169 and wXw Dead End 2021 will be made available.

The trailer for #WWEUntold: Two Dudes with Attitudes is here!

Check it out ⬇️, then catch the world premiere this Sunday, streaming on @peacockTV. @ShawnMichaels @RealKevinNash pic.twitter.com/CJ2Nfgo1Gl