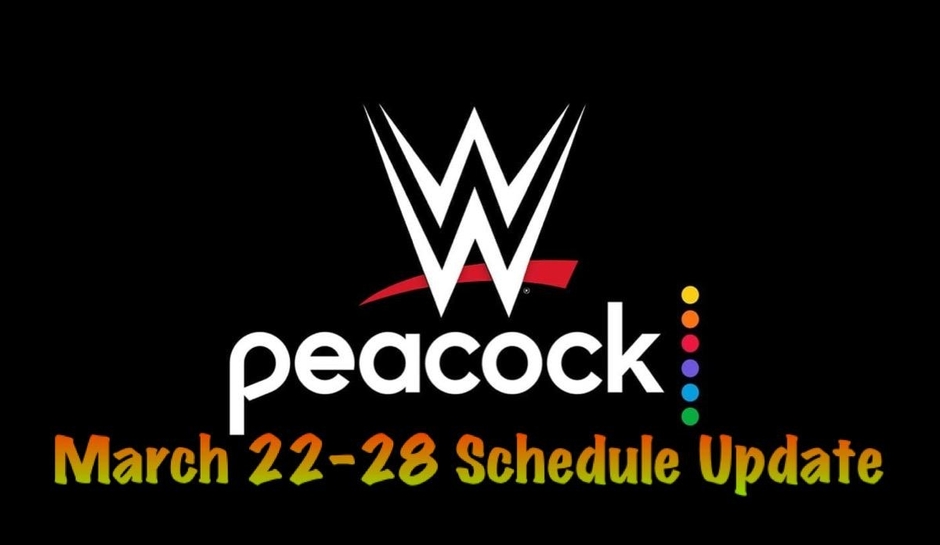 The WWE Network officially shifted to NBC Peacock last week, while current network subscribers can hold on until April 4. The new Icons documentary drops later this week with a special focus on Beth Phoenix. New episodes of WWE NXT, NXT UK, and 205 Live will also be released on the network. Shows marked with ** indicate that it is available on the free tier of the WWE Network.

Monday, March 22
WWE 50 Greatest: 50 through 36: Count down some of the best WWE superstars in history.

Stream the latest season anytime on @PeacockTV and @WWENetwork!

Raw Talk** – 11 p.m. EST- Head over to the network after Monday Night Raw to check out the live post-game show on Raw Talk.

Tuesday, March 23
WWE 50 Greatest: 35 through 21: Continue the countdown of the greatest superstars in the history of the WWE.

WWE 50 Greatest: 20 through 11- The WWE Universe can crack into the top 20 of the greatest superstars in company history.

WWE’s The Bump** – 10 a.m. EST– The WWE’s weekly talk show The Bump will preview the Road to Wrestlemania following the Fastlane PPV.

Thursday, March 25
WWE 50 Greatest: The Top 10 Begins- The top 10 WWE superstars of all time will be revealed.

Saturday, March 27
WWE Main Event (3/11/21)- Check out the WWE superstars who don’t often find themselves on Raw or Smackdown by giving Main Event a shot.

Talking Smack**- The Friday Night Smackdown post-game show will drop on the free tier of the WWE Network.

Independent Drop- If you want to explore action outside of the WWE Universe, the network has you covered. EVOLVE 6, wXw We Love Wrestling #4, ICW Fight Club 165, and PROGRESS Chapter 107 will be available.

WWE Icons: Beth Phoenix- Take a look behind the scenes of one of the most iconic women wrestlers in the WWE, Beth Phoenix.