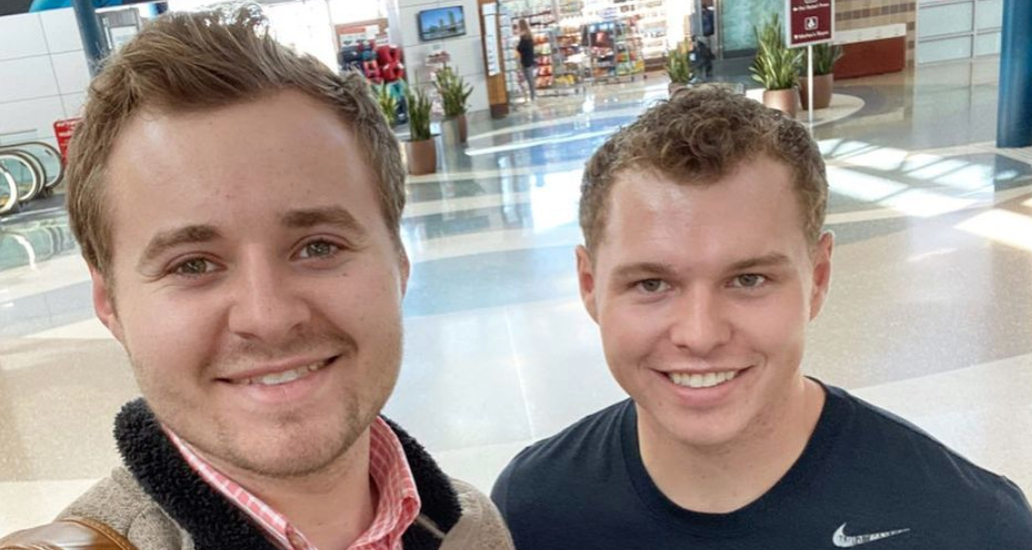 Jedidiah Duggar and Katey Nakatsu are rumored to be engaged. Recent rumors about their relationship suggest that they are not only engaged but are planning a wedding for April 3, 2021, which is right around the corner. Other little hints about the relationship are being shared as well. For example, it looks like they may have an arranged relationship.

As more information comes out, it seems more likely that these rumors are true. For one, the proposal video was recently shared. Also, photos from the engagement were shared too. So far, the Duggar family hasn’t shared an announcement about the engagement, courtship, or wedding.

Attendance will be limited

When the invitation was released, it was revealed that the couple plans to tie the knot via live stream. This is interesting because the Duggar family usually goes all out for weddings. Because they have a large family, they have plenty of friends and family members to invite.

At this point, it’s assumed that Jedidiah’s younger brother Justin Duggar’s wedding won’t be on TLC’s Counting On. This may have something to do with the wedding being large and masks not being required. It would be a bad look for TLC to promote a potentially unsafe wedding, fans think.

Because Jedidiah and Katey’s wedding will be live-streamed, it’s safe to assume that fewer people will be attending the wedding. It’s possible that the wedding guest list is staying small to allow room for the TLC production crews to film without breaking any of the Covid guidelines.

Because the Duggars have an NDA with TLC, they aren’t allowed to make announcements before they are featured on the show. After all, many viewers tune in to see the bigger events, such as births and weddings. So, if the Duggar family announced the courtship or engagement in advance, fans may be less compelled to watch the show.

For this reason, it’s possible that the courtship, engagement, and wedding will be a part of the show. Otherwise, the family likely would have talked about it by now. It seems that they aren’t talking about it because they aren’t allowed to.

So, do you hope to see Jedidiah Duggar and Katey Nakatsu’s wedding on Counting On? Do you think it’s going to happen? Let us know your thoughts in the comments below.

For the latest Duggar family news, check back with Entertainment Chronicle. Don’t miss the new episode of Counting On, which is airing soon.