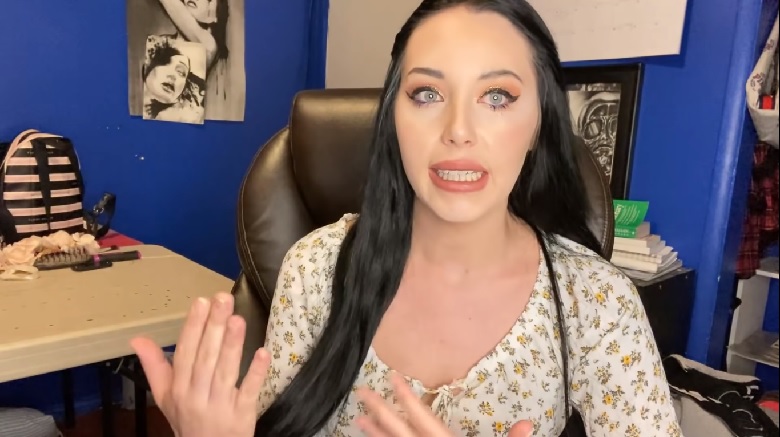 90 Day Fiance star Deavan Clegg continues to receive bashing comments from social media over the past few weeks. A lot of them stem from Ms. Clegg and hubby  Jihoon Lee responding to each other’s accusations on Instagram lately. It’s out there for the world to see and judge, and fans love to judge.

Ms. Clegg has been called out by many fans for flaunting her new boyfriend while still being married to Jihoon. However, she seems to avoid all the issues. Instead, she’s been putting her attention towards her OnlyFans account.

Deavan and Jihoon Lee have had one of the saddest breakups in 90 Day Fiance history. It was heartbreaking to watch Jihoon defend Deavan yet still be hurt by her. Jihoon proves to be an honorable guy.

Sure, he made mistakes but he does acknowledge them. He has done several Instagram live segments telling fans how devastated and hurt he is. Most of all, he stresses how he misses his son Taeyang terribly.

For the most part, it seems Deavan Clegg has moved on and is not looking back. She has a new boyfriend and now she’s has a new item on her wish list. Yep, she wants new boobs. Read on and see how she intends to make that happen.

@jz.styles did such an amazing job with my hair still so in love 😍 #hairextensions #longhair #90dayfiancetheotherway #90dayfiance

90 Day Fiance star Deavan Clegg has been active on her OnlyFans account. The people who subscribed to her account love it and say she seems very committed to it.

A lot of her followers have said that she’s not doing nude photos. However, many won’t be surprised if Deavan actually does some nudes eventually. It sounds as if the fans think she might be moving in that direction.

But only time and a new boob job will tell. Still, with some of her recent risque posts, fans think topless might just be her next step. These posts include: “Booty for your Monday” and “Purple is my favorite color sexy sheer panties and bra”. So you can understand why fans think she’s leaning that way. 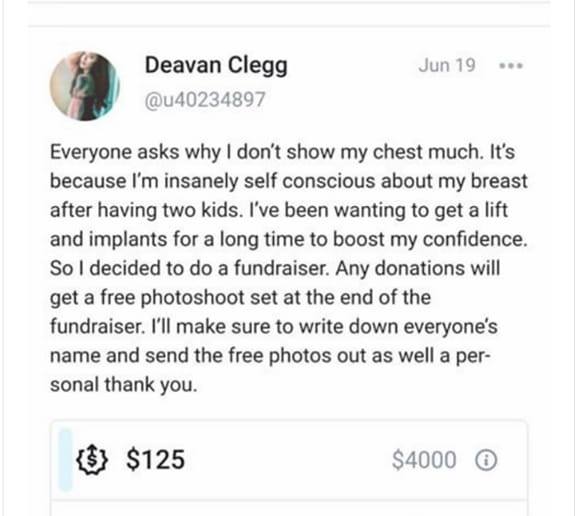 Fans were left in shock when they saw the 90 Day Fiance star Deavan Clegg seemingly beg for money in June. She did this in a post on one of her accounts.

According to Deavan, she’s been having a hard time showing her breasts in public. Deavan even said that she’s not confident with her chest area after giving birth to her two kids. Due to this, the 90 Day Fiance star decided to start a fundraiser in order to give her breast a boost with implants.

Baby Deavan back when I was 18 right before I had Drascilla. Crazy how time flies. #90dayfiance #model #fashion #tattoomodel #throwbackthursday

Currently, to join her OnlyFans account you will have to pay $15.00 each month. That adds up for fans month after month, so Deavan needs to deliver. It will depend on which direction this mother of 2 wants to go.

She has also shared her idea of writing sexy stories on her OnlyFans. So with sexy stories comes sexy pictures. It sounds like Deavan really wants to give her followers what they pay for.

Deavan has yet to confirm if she finally met her boob implants goal.  However, she promises exclusive photos from those who donated to her. We don’t think Deavan will have a problem reaching any goals she has set. We wish her and her ex the best.