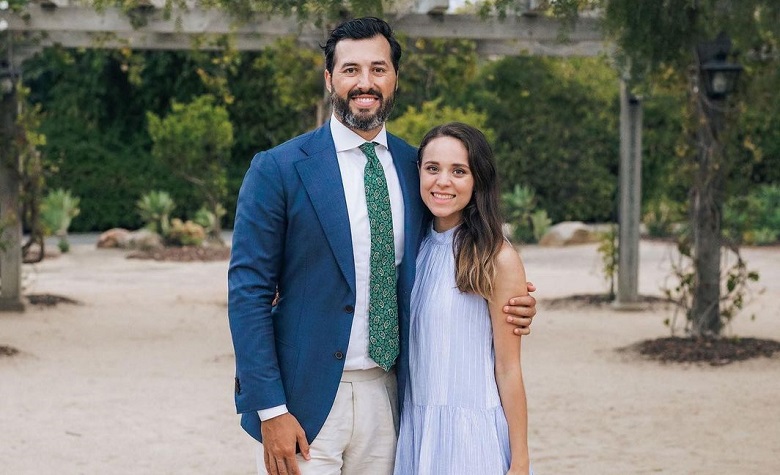 Counting On star Jinger Duggar has been making headlines after revealing her latest book, Becoming Free Indeed. It features the point in her life where she began to question the unhealthy ideology of her youth. Fans also think that Becoming Free Indeed might be the most controversial book Jinger has released so far. She also risked her relationship with her family in Arkansas as she questioned their religion and faith. However, despite the controversial book, Jinger continues to become successful in Los Angeles. She even took to social media recently to share another one of her new partners.

In a social media post, Counting On star Jinger Duggar shared a clip of herself making delicious steaks. Apparently, Jinger is promoting Good Ranchers, adding it to her growing number of partnerships. Jinger also encouraged her followers to try it out and flaunts their door-to-door delivery. It’s clear to see that Jinger is only getting more successful in Los Angeles. Fans also think that Jinger has completely left her past lifestyle. She’s no longer following some of the Duggar family’s beliefs as well, especially when it comes to the way she dresses. Meanwhile, fans are already expecting more projects from Jinger in the future, especially with the release of her book, Becoming Free Indeed.

Counting On star Jinger Duggar also impressed the fans after revealing that she paired up with Matchbox Coffee to make her own coffee blend. Family and friends of Jinger also took her announcement post to show how proud they are of her latest achievement. At this point, Jinger is currently the only Duggar to gain so much success in just a short amount of time. Fans also think that Jinger’s decision to move to Los Angeles with Jeremy Vuolo played a big role in her success.

Counting On: How Did The Duggars React To Jinger Duggar’s Latest Book?

At this point, Counting On fans are still waiting for the Duggars to make comments on Jinger Duggar’s latest book. So far, Jill Duggar and Amy Duggar, who are both estranged from the family, are the only ones who congratulated Jinger on her book. Fans also think that Jim Bob Duggar and Michelle Duggar are not happy about Jinger’s book as it damages their reputation. Meanwhile, some are hoping that Becoming Free Indeed wouldn’t affect Jinger’s relationship with her siblings.

It’s clear to see that Jinger’s life changed a lot since moving to Los Angeles. Their big success also resulted in their first official house in California after renting for 3 years. What are your thoughts on all that she is doing? Let us know in the comments.

‘Counting On’: James Duggar Finally Planning To Enter Courtship?
‘Sister Wives’: Janelle Levels Up Her Healthy Lifestyle After Thanksgiving
‘Counting On’: Jinger Back In Workout Routine After Recovering From Flu
‘Counting On’: James Teases Something ‘Wild’ Is Coming For The Duggars
’90 Day Fiance’: Russ Mayfield Shares Progress Of Voiceover Career