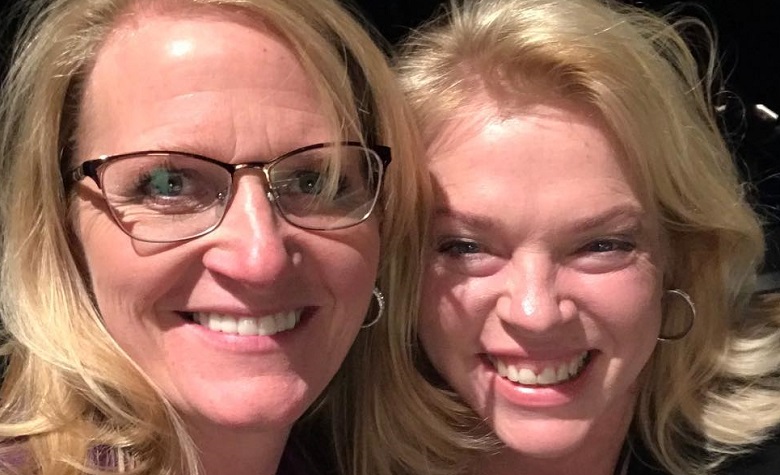 Sister Wives star Janelle Brown has been making headlines after the first episode of Season 17. Apparently, fans noticed how frustrated Janelle looked. According to some, it clearly indicates that Janelle is tired of their never-ending struggles in Flagstaff. There are also rumors that Janelle has already left Kody Brown, which is why she’s been spending a lot of time with Christine Brown. At this point, Janelle has yet to address the rumors of her departure. However, fans think she’s been showing signs that she’s been enjoying her life despite Kody’s absence. Now, Janelle is back to share another update for the fans. This time, Janelle is sharing her Hawaii trip with Christine and their kids.

In a social media post, Sister Wives star Janelle Brown shared an adorable picture with her daughter, Savanah Brown, during their recent trip to Hawaii. “I’m in Hawaii this week with Christine, Aspyn, Maddie, Caleb, Savanah, and my sister. So excited,” Janelle said. It also appears that their trip was somehow sponsored by Plexus. “We believe in and love the Plexus products. We also work hard in our businesses. Thank you @plexusworldwide for rewarding us so amazingly,” Janelle added. Janelle didn’t share pictures with her sister and Christine Brown. However, fans are happy that Janelle is living her best life despite the struggles of the plural family.

Fans Continue To Cheer For Janelle

Sister Wives fans have been showing support to Janelle Brown lately. Apparently, many felt bad for Janelle during the first episode of Season 17. According to some, it’s clear to see how dissatisfied Janelle is in the plural family. It also appears that Kody is becoming colder towards Janelle as well. Due to this, some fans took Janelle’s recent social media post to cheer for her. Janelle is not the only wife struggling with Kody as well. It’s known that Kody and Meri Brown’s relationship has been dying for years. Meri herself even revealed during the first episode that she and Kody haven’t been intimate for over a decade.

At this point, Sister Wives star Janelle Brown has been traveling a lot with her kids lately. She’s been spending a lot of time with Christine Brown as well. Apparently, Janelle moved to another rental house after leaving her RV in Coyote Pass. She also revealed that Savanah is having a hard time living in an RV. Due to this, fans can expect that Janelle won’t be back in her mobile home anytime soon.

On the other hand, fans have been calling out Kody for not giving Janelle a good living condition while he and Robyn Brown live in a massive house. What are your thoughts on the Browns and their problems? Let us know and watch Sister Wives Sundays on TLC.