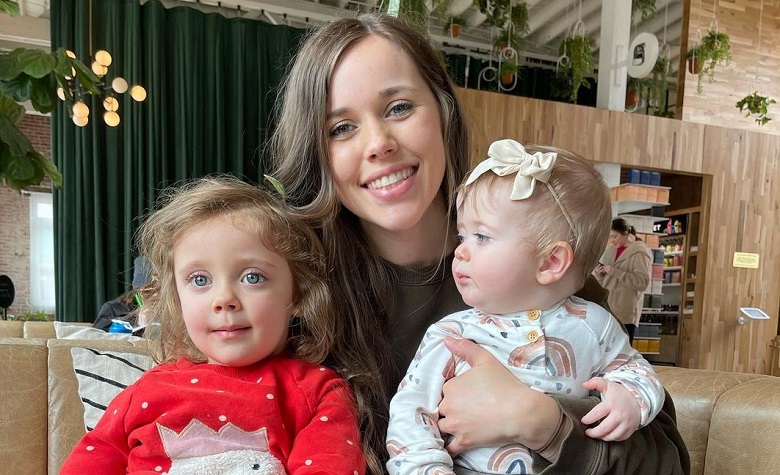 Counting On star Jessa Duggar has been keeping in touch with her fabs, as per usual. Most of the time, Jessa shares adorable updates about her kids. She also loves to share stories about how the kids have been enjoying being older siblings to Fern. Additionally, fans are praising Jessa after her recent post regarding motherhood. According to Jessa, motherhood is indeed tiring and challenging, but implementing biblical lessons during motherhood makes things a lot easier. Now, she is back to share another update for the fans. This time, Jessa shares an adorable story about why her daughter Fern is a daddy’s girl.

Counting On: Jessa Duggar Shares Why Fern Is  A Daddy’s Girl

In a social media post, Counting On star Jessa Duggar shared why Fern is a daddy’s girl. Apparently, Jessa shares an adorable picture of Fern hugging her father, Ben Seewald. “She’s a daddy’s girl— no doubt about it! When he comes home after work, she hears him unlocking the deadbolt and she runs across the house yelling Daddy! Daddy!” Jessa said. “As soon as the door opens, she throws herself into his arms, wraps those chubby hands around him, and rests her head on his shoulder,” she added. Jessa also made it clear that she’s not jealous. She even revealed that her heart is melting by how much her kids love their father.

Counting On fans are also praising Jessa for her incredible parenting. According to some, it’s clear how serious Jessa is when it comes to her kids. Aside from homeschooling, fans have also seen the amount of time she spends with them every day. Jessa even has her wholesome segment where she shares adorable sayings of Spurgeon. Meanwhile, fans find it odd that Jessa’s parents, Jim Bob and Michelle Duggar, barely visit their grandkids. Fans also think that the two have stepped away from social media since Josh Duggar’s CSAM arrest.

At this point, Jessa Duggar and Ben Seewald are currently living in a fixer-upper, which was given to them by their church. The two renovated it for months, and fans were amazed by how it turned out. Jessa even took YouTube to share a quick tour of their new house and it did not disappoint. Some fans are also hoping that Jessa will continue to stay in touch with everyone on YouTube. According to some, they would watch a series where Jessa shares DIY tips as well as her plant hobby.

It’s clear to see that Jessa is living her best life with her family. Fans are also glad that some of Jim Bob and Michelle Duggar’s kids are finally returning from sharing wholesome content online after the recent controversies of the Duggars.